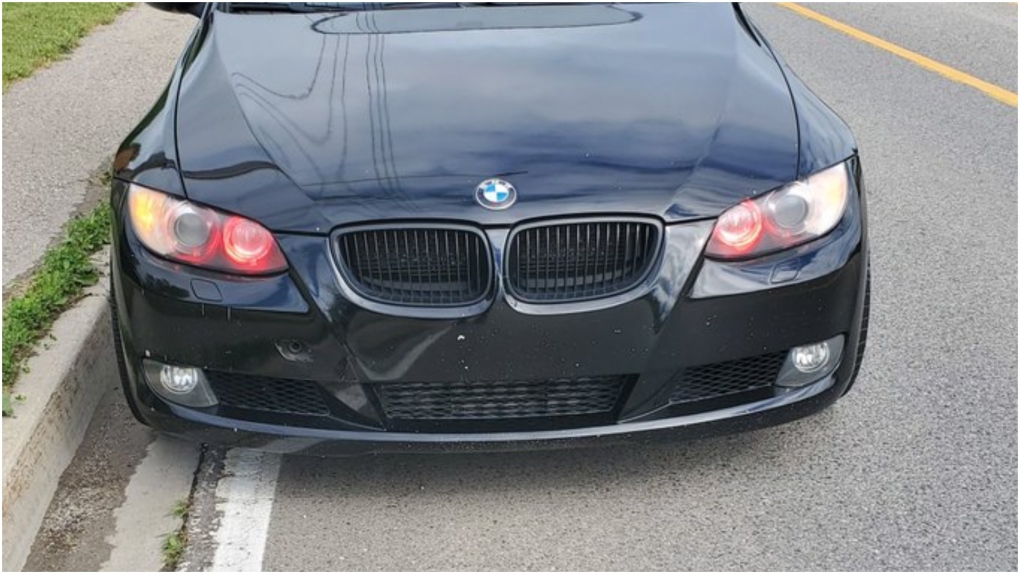 Ontario Provincial Police say they stopped a driver in Brampton on Wednesday who was seen in a vehicle with red headlights. (Caledon OPP)

TORONTO -- Police are warning Ontario residents not to modify their vehicles after a driver was caught in Brampton, Ont. allegedly driving with red headlights.

“Red lights facing forward are only for emergency vehicles - though a BMW cruiser would be fun,” Ontario Provincial Police’s (OPP) Central Region said in a tweet published Wednesday.

The 26-year-old driver admitted that he had been stopped and ticketed before for the same offence but had not yet replaced the lights, according to the OPP.

Red lights facing forward are only for emergency vehicles - though a BMW cruiser would be fun. Please ensure you educate yourself on rules before modifying your car. $110 fine for this offence, 0 points. #safetyoverstyle #knowtherules #CaledonOPP ^im pic.twitter.com/JWxxjBlOQM

“But [he] was on his way when stopped to do just that,” OPP Const. Ian Michel said in an email to CTV News Toronto. “He was charged again.”

Michel says the offence under Highway Traffic Act section 62(15) states that only vehicles approved by the ministry of transportation can have red lights on the front of their car.

“This is to prevent people, quite frankly, from having red lights on their cars to get through traffic or pretend to be an emergency vehicle. We certainly don’t want people pretending to be the police,” Michel said.

The total fine for the offence is $110 and no demerit points.

As a result of the incident, Michel is asking drivers to educate themselves before adding modifications to their vehicles that may be illegal.

“This is one of many modifications – tinted headlight covers, tinted plate covers, aftermarket mufflers – that may look good but are illegal pieces of equipment,” he said.

The OPP says a simple google search or call to local police before making an adjustment to your car could save you money and a potential run in with police.

“The excuse “well they sold it to me” doesn’t fly as an excuse,” Michel added.