'We are not going to quit': Police still searching for Sonia Varaschin's killer as 10-year anniversary of her murder nears

TORONTO -- Close to eight months away from the 10-year anniversary of Sonia Varaschin’s horrific murder, police say they are still searching for her killer.

The 42-year-old Orangeville resident was first reported missing on Aug. 30, 2010 after she didn’t show up for work. Later that day, police found Varaschin’s blood-stained car parked in an alley behind the Orangeville town hall.

Police said they believed the paediatric nurse, who had just started a new job at a pharmaceutical company, was murdered inside her home, where investigators said she was wrapped in bed sheets and dragged out. 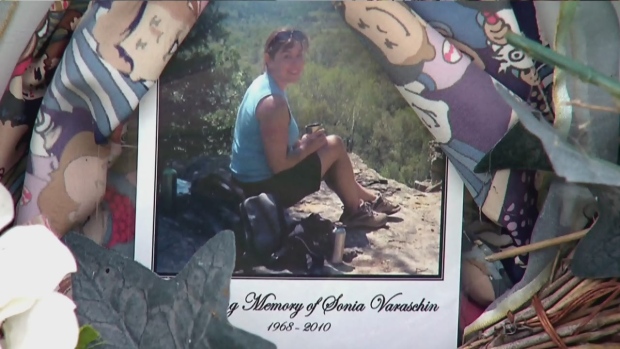 Four days later, her body was found by police in a ditch along Beechgrove Sideroad and Mountainview Road in Caledon, some 13 kilometres from her home. Her death was ruled a homicide.

Speaking to CTV News Toronto, Ontario Provincial Police (OPP) Det. Insp. Shawn Glassford said investigators had collected forensic evidence from all three crime scenes, but there have been no arrests.

“Picture a jigsaw puzzle—only this one is turned upside down,” Glassford said. “We need to put all the pieces together...someone may have that one piece.” 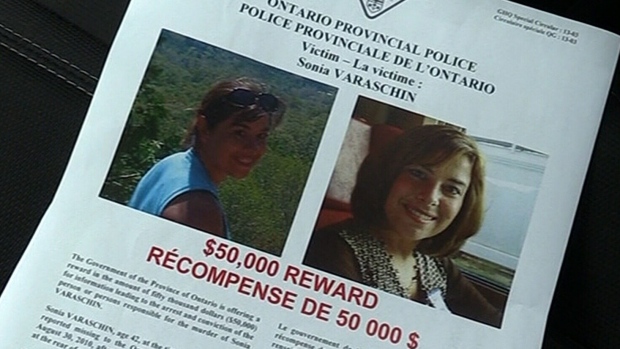 In 2014, OPP released surveillance video from a park in Orangeville in an effort to identify two people they said could be witnesses in the murder.

In the video, two people appear inside a gazebo close to where Varaschin’s blood-soaked vehicle was found.

Police said they were hoping to speak to the two potential witnesses in case they had seen the vehicle before or after it was dropped off at the crime scene.

Police to release video in hopes of cracking case

Despite police saying that they receive a number of tips every day, they are set to release a video about the investigation in hopes of getting even more information about the unsolved murder.

The video is still in production and does not yet have a release date.

“We have a dedicated team working in it. We are not going to quit,”Glassford said.

With files from John Musselman, Kim Phillips and Roger Klein.