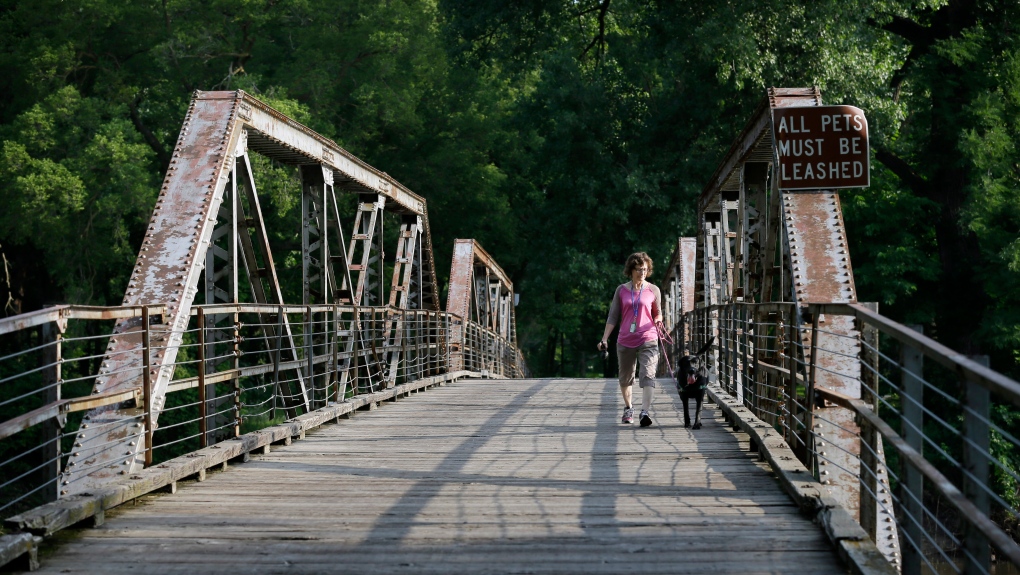 A woman is seen walking her dog in this undated file photo. (The Canadian Press)

TORONTO -- A suspected dog poisoning in Markham that killed an 11-month-old puppy has promoted police to warn pet owners to be vigilant.

York Regional Police said that a St. Bernard/Poodle mix named Hugo was out for a walk with its owner, in the area of Markham Road and 16 Avenue near St. Brother Andre High School on Thursday, when it came across a water bottle that had been cut open.

Hugo began eating the substance that was inside the bottle and shortly afterwards became ill and died, police said.

The investigation is ongoing and police said they are seeking anyone who observed suspicious activity in the area to come forward.

Police are also warning pet owners and parents to be vigilant and ensure that neither the animals or children eat anything found on the ground.