TORONTO -- There’s a new wonder in Niagara Falls, and it’s cascading down the limestone walls of the city’s history museum.

“We’ve been running community art projects for about seven years now, and for 2020 we decided to do something a little bit different for Remembrance Day,” said Christine Girard, assistant curator at the Niagara Falls History Museum.

She and her team created “The Poppy Project” – an installation of hand-made poppies.

“We reached out to Stick ‘N Needles guild,” Girard tells CTV News Toronto. “They helped to create a knit and crochet pattern of poppies, and we put the call out to the community to create them and send them to us.” 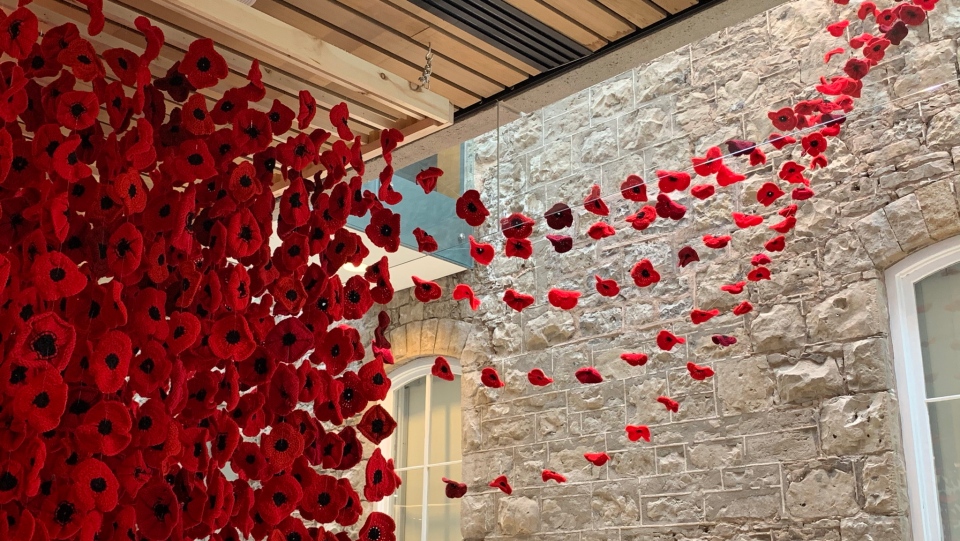 Susan Simms, the president of the guild, not only did she rally volunteers to contribute to the project, but she crocheted more than 700 poppies herself.

Girard hoped to receive around 2,000 poppies from the public, but says the response has been overwhelming. What started as a community initiative quickly went national, and then international. “Our tally right now is over 11,000 poppies,” she said. “We have representation from every single province in Canada, as well as the Northwest Territories. We have poppies from 25 different states in the United States, as well as donations from Denmark and New Zealand.”

Simms says a number of her friends in the Niagara Region stepped up to help, often meeting on front lawns to work together during the pandemic. 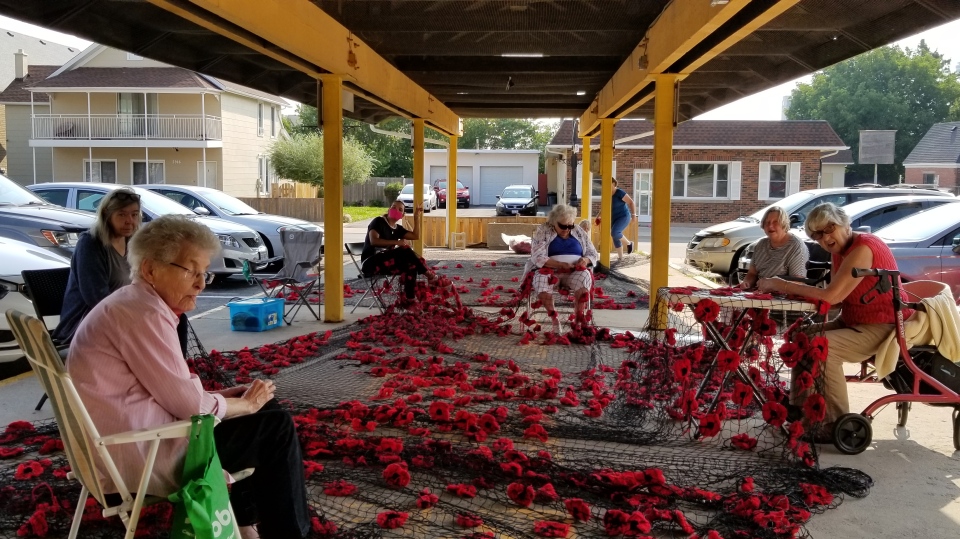 “People were looking for something that they could do in their idle moments in isolation,” adds Girard. “They wanted to feel a part of something larger than themselves, and the poppy project I think gave them that.”

As poppies started arriving at the museum, Girard notes that many included heartfelt letters dedicating their poppies to family members who fought and died in war.

“It’s exactly why we did this project, to help remember and commemorate the sacrifice and the service,” she said. 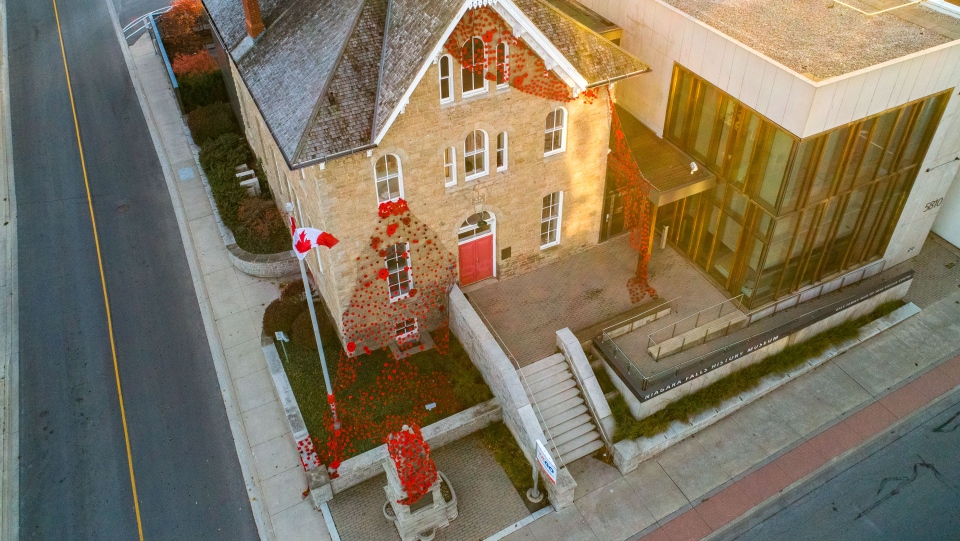 The Stick ‘N Needles guild also bonded over shared experiences and memories while fixing their poppies to netting for the display.

“We started telling stories about each other’s families, what involvement they had in the war,” Simms said. “This is to remember these people. And that’s what it’s all about.”

The Niagara Falls History Museum says they plan to make ‘The Poppy Project’ an annual art installation. Because they received so many poppies, they also plan to share them with other buildings and centres in the region.