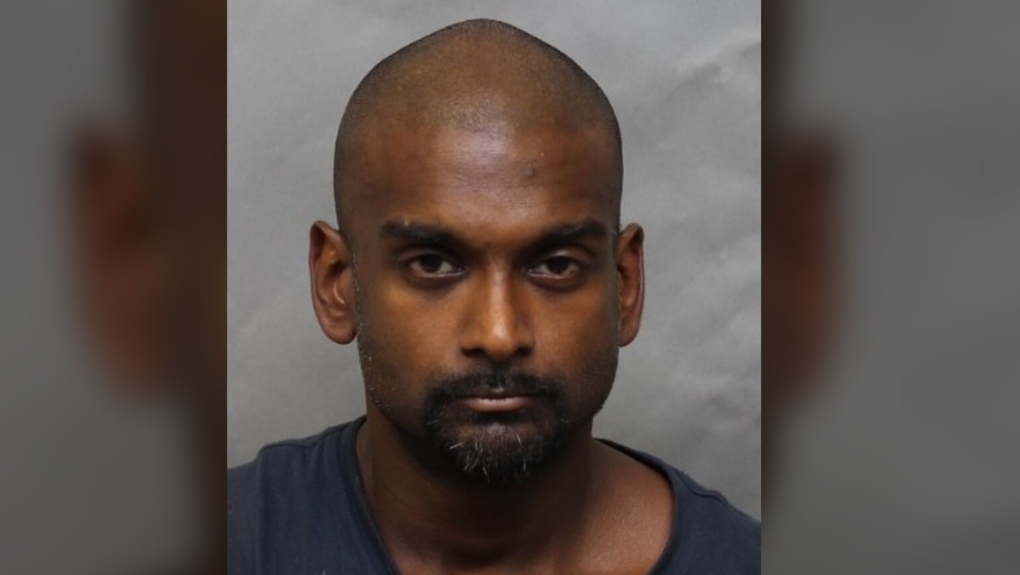 Toronto police are searching for 39-year-old Terry Baksh after he allegedly struck an officer with his vehicle and dragged him for more than 50 metres last week. (supplied)

TORONTO -- Toronto police are asking the public for help in locating a suspect who allegedly struck an officer with his vehicle and dragged him for 50 metres.

It happened on Nov. 21 at approximately 11:22 p.m. when the officer was patrolling the area of Eglinton Avenue West and Weston Road in the city’s Mount Dennis neighbourhood.

Police said the officer heard the sounds of gunshots nearby and then saw a vehicle fleeing the area at a high rate of speed.

The officer eventually caught up with the vehicle at Scarlett Road and East Drive and signaled for the driver to stop, police said.

That’s when police allege the suspect struck the officer with his vehicle and dragged him for more than 50 metres.

Police say the officer was later taken to hospital with serious injuries. He has since been released from hospital and is recovering.

As a result of the incident, Terry Baksh, 39, of Toronto is wanted on a number of charges including attempted murder, dangerous driving, flight from police and fail to comply with recognizance.

“He is considered to be violent and dangerous,” police said in a news release issued Saturday morning. An image of the suspect has also been released. “If located, do not approach, call 9-1-1 immediately.”

Investigators are advising Baksh to contact a lawyer and make arrangements to turn himself in to police.

Anyone with information relating to the investigation is asked to contact police directly at 416-808-1200. Anonymous tips can also be made through Crime Stoppers.