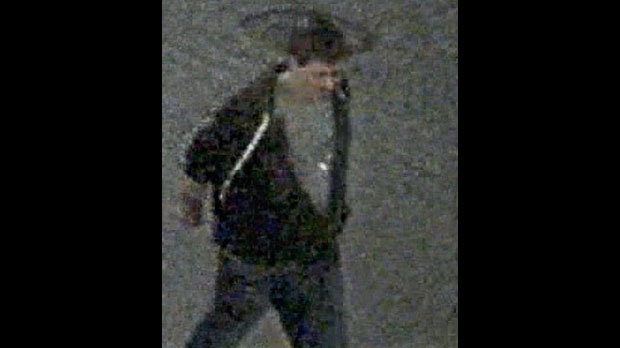 Security camera footage showing a man walking with a woman before allegedly sexually assaulting her has been released by Toronto police.

The female victim told police that a man led her to St. James Cemetery after meeting each other in the Yonge and Queen streets area.

Upon arrival at the cemetery, the man allegedly forced the woman into a wooded area near Rosedale Valley Road and Bayview Avenue – which is three kilometres away from where they originally met.

In the wooded area the woman says she was sexually assaulted.

Police said the woman was able to fight off the man before fleeing onto Rosedale Valley Road where she was able to get assistance from passersby.

On Friday, police released security camera images and video of the suspect in an effort to identify him.

He has been described as an approximately five-foot-nine man between the ages of 31 and 35 with a medium build. At the time of the alleged incident, he was unshaven with short dark hair and was wearing a dark zipper hooded sweater with a grey shirt, blue jeans and dark shoes.