TORONTO -- Investigators have released video of a Pickering, Ont. shooting that left a 37-year-old man seriously injured as they appeal for the public’s help in identifying a group of suspects.

On Monday at around 5 p.m., emergency crews received several calls regarding multiple gunshots being fired off outside of a home on Woodview Drive, located in the area of Twyn Rivers Drive and Alton Road.

At the time, police said, the victim was exiting his vehicle parked on the driveway of his home when four suspects wearing masks pulled up in a four-door white car, described only by investigators as a being a newer model. 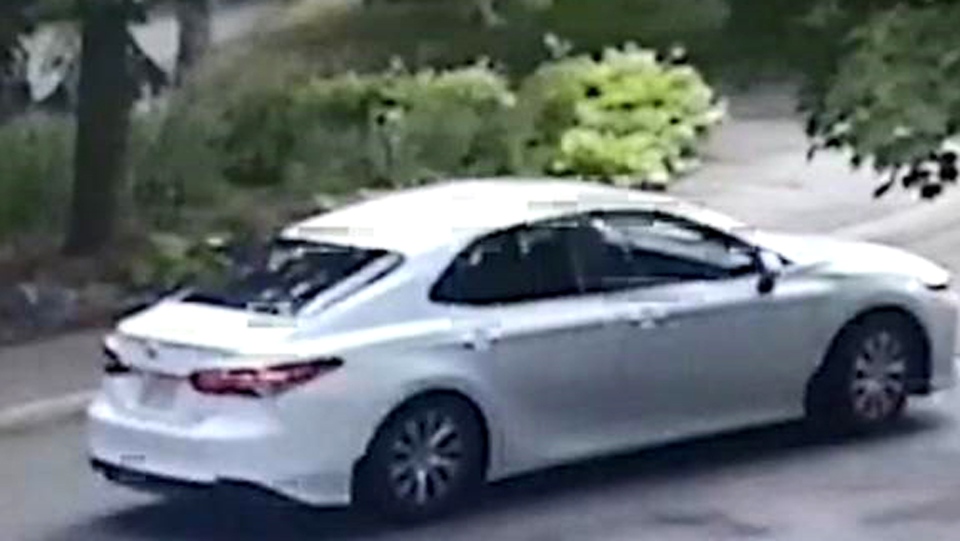 As the victim stood outside of his home, investigators said two suspects opened fire, striking him several times.

Surveillance camera footage of the incident released by police on Tuesday afternoon shows the victim running across the driveway, ducking behind two parked vehicles, while the suspect vehicle drives by the home and stops twice. Police have cautioned the video to be graphic.

“The victim was struck several times and fell to the ground,” police said in a news release issued on Tuesday. “The suspect vehicle then began to leave, but returned when the victim was seen moving.”

The first time the white car drives by no one gets out, but the second time around one suspect is seen exiting the car before chasing the victim around one of the parked vehicles on the driveway.

“One suspect then walks up closer to the victim and fires several more rounds at him before returning to the white vehicle, which then sped away,” police said.

The victim sustained serious injuries in the incident and was subsequently rushed to a Toronto trauma centre for emergency surgery. He remains in hospital in stable condition, officials said on Tuesday. 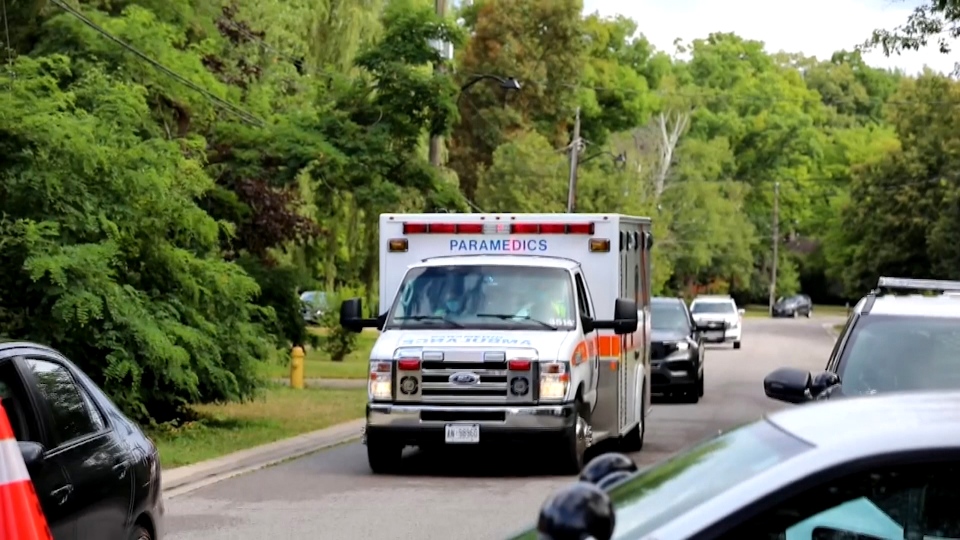 Police said they do not believe this was a random attack.

Officers are asking for the public’s assistance in identifying the four male suspects. Police have only described the suspect who exited the white car. Police said he is about five-foot-10, has a slim build and was wearing black clothing and black running shoes at the time. 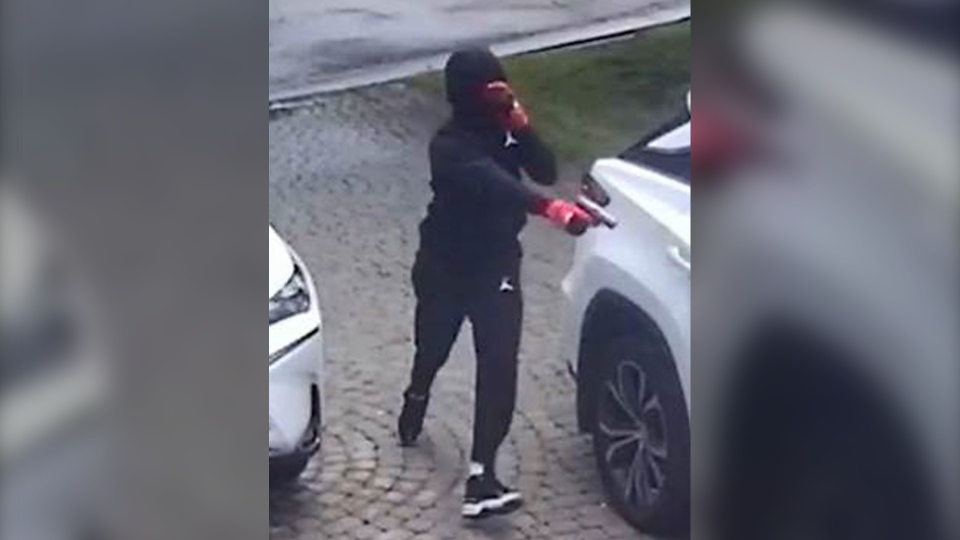 “Investigators are asking for any security camera footage from the area at the time, or dashcam video,” officers said.