Video captures police shooting in Markham that left one person dead, another injured

Video captures police shooting in Markham that left one person dead, another injured

Video obtained by CTV News Toronto appears to show what unfolded on a driveway in Markham on Friday morning that saw York Regional Police shoot two people, one of them fatally.

The video is from a doorbell camera in a subdivision near Woodbine and 16th avenues and was posted on social media. In the video, at least two suspects initially exit a white car parked in front of a home.

A third person is later seen getting out of the car and walking toward the house. A few seconds later, they run back as white flashes are seen coming from a pick-up truck parked in the driveway. 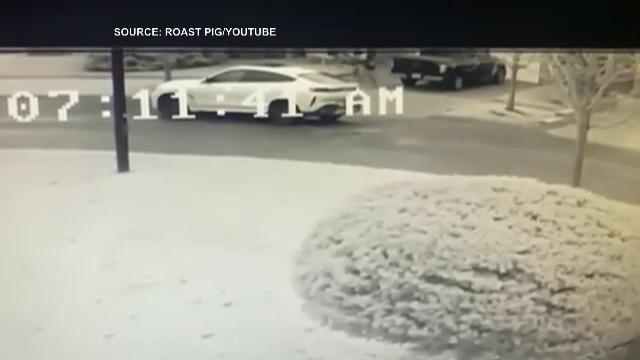 An image taken from a doorball camera footage which believed to have captured a police shooting of two men in Markham.

One of the suspects falls to the ground. Shortly after, someone from the white car opens the driver's side door and appears to try and check on the person lying on the ground.

As a third vehicle is seen arriving at the scene, one person in the white car appears to put his hands up. A short time later, that person exits the vehicle with his hands still up before lying on the ground. Police then move in on him. 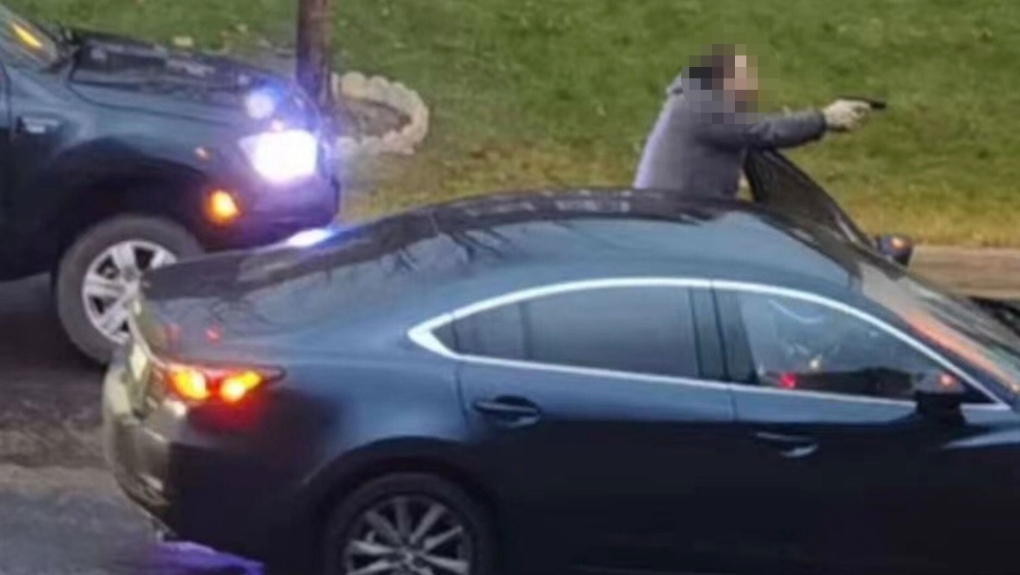 Ontario's Special Investigations Unit (SIU), which is looking into the shooting, said two police officers fired their firearms during the interaction, resulting in two men being shot.

One of them was pronounced dead at the scene, while a 26-year-old man, was transported to the hospital in stable condition, the SIU said.

He remains in police custody, as well as two other occupants in the car, a man and a woman, who were also apprehended at the scene.

The SIU said one of the suspects was armed, but it is unclear if that weapon was drawn. 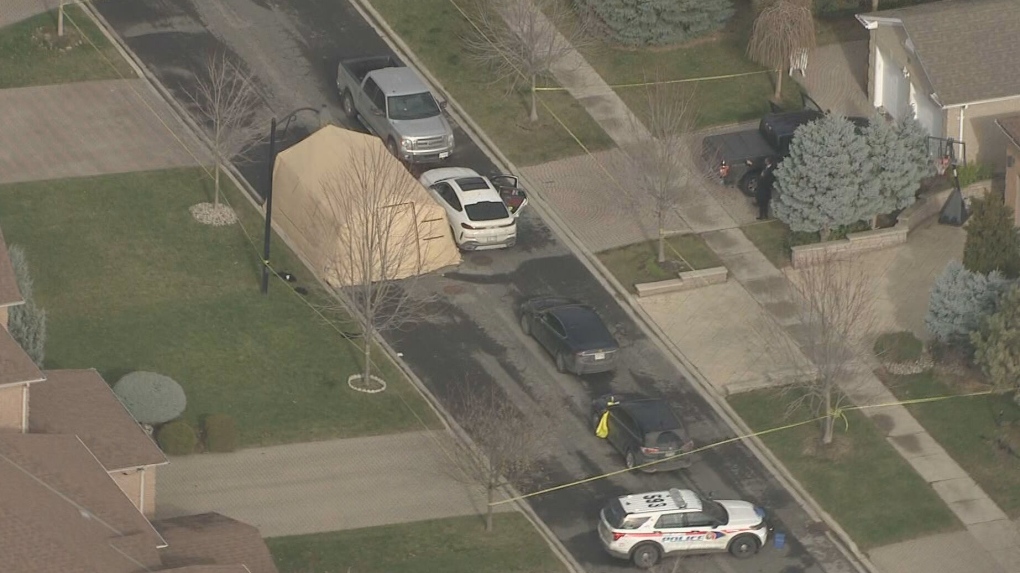 Aerial footage of the scene where police shot two people in Markham, Ont., Friday can be seen above. (CTV News Toronto)

York Regional Police said their officers were in the area of Eyer Drive and Calvert Road after locating four individuals believed to be responsible for six home invasion robberies that took place between September and November.

Meanwhile, the SIU, which is called to investigate the conduct of police that may have resulted in death, serious injury or allegations of sexual assault, has assigned 11 investigators to the case.