TORONTO -- On Friday, as temperatures hit a high of 8 C and the skies were sunny and clear, the streets of Toronto remained empty.

Residents have been told by multiple levels of government to stay indoors if possible and to only venture outside for necessities. If they do go outside, they should practice physical distancing and stay about two metres away from others.

Drone footage taken by CP24 shows that most people are taking this advice seriously. Various Toronto landmarks and surrounding streets appear to be barren, with very few cars on the roads and even fewer people are on the sidewalks. 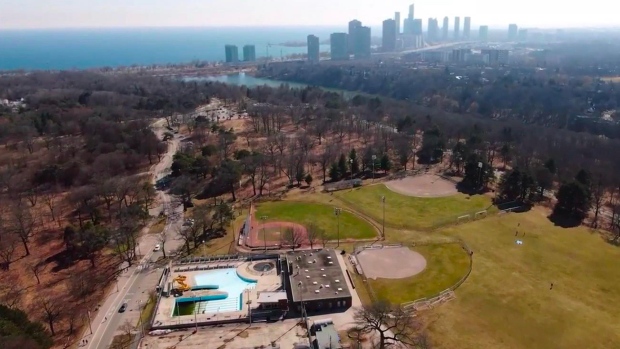 High Park, an area that would usually be packed with families, joggers and dog owners on a beautifully sunny Spring Day, was absolutely empty on Friday. Video footage shows an empty baseball diamond and a few people wandering in the distance.

In the city’s west-end, the playground at Sunnyside Park is roped off with caution tape. On Wednesday, Toronto Mayor John Tory announced that all park facilities, including playgrounds and off-leash dog parks, would be closed to the public. 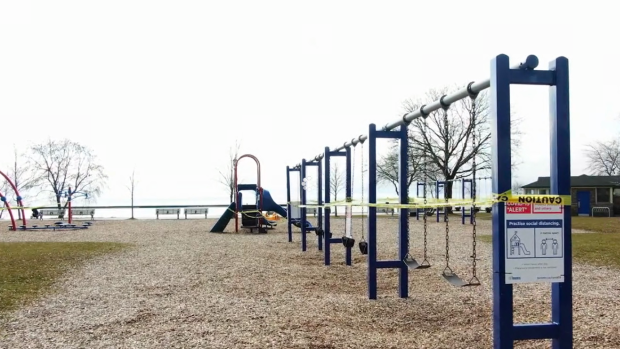 “This decision was not made lightly. It was a very difficult decision but it is the right decision. As mayor, I know how important our parks are to area residents. They are the hearts of so many of our neighbourhoods across the city. They are some of the best parts of our city,” Tory said. 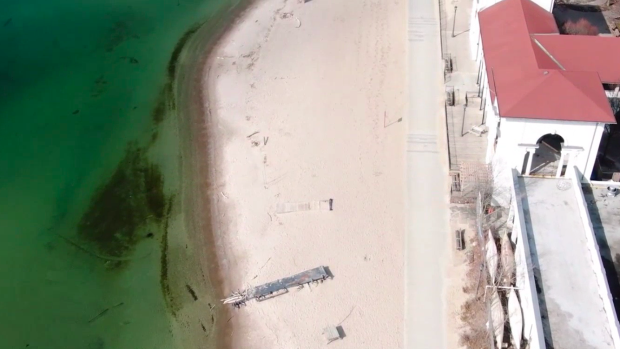 The beaches by the waterfront appear pristine in the drone footage. There are no chairs, blankets or towels strewn across the white sand—no umbrellas put up to protect visitors from the sun. The picnic area, which consists of a number of benches underneath an awning, was also roped off with caution tape.

Officials have said that people should avoid gatherings of more than 50 people.

There doesn’t appear to be any congestion on major roadways such as the Highway 400 series. On what would typically be a busy day on Toronto’s roads, traffic was flowing rather quickly. The only time cars were stopped was at a traffic light or a stop sign in the city’s downtown core. 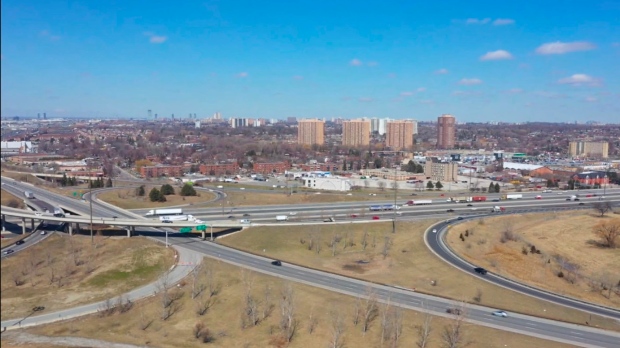 Parking lots at normally busy shopping centres and popular gathering places, like Yonge-Dundas Square in the heart of downtown Toronto, were also empty. There were no vendors, marketers or musicians out on the corners, and with the Eatons Centre closed, there were no shoppers wondering the streets. 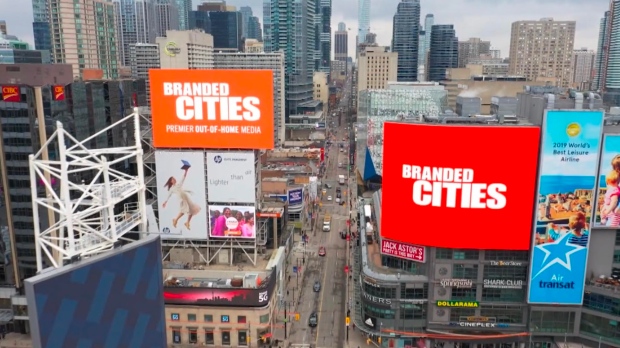 Every day, more rules are put into place about social and physical distancing and large gatherings. If this trajectory continues, Torontonians can expect to see more empty parks and barren roadways until the COVID-19 pandemic has come to an end.