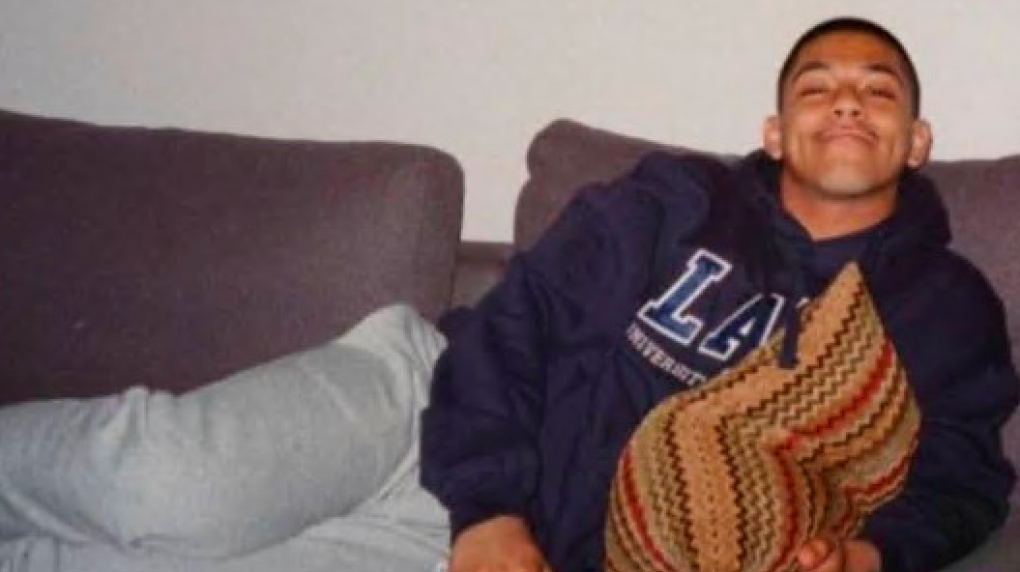 David Gomez, who was attacked in an alleged homophobic assault on the Toronto Island, is seen in this photo. (Supplied)

TORONTO -- The victim of an alleged homophobic attack on Toronto Island earlier this month says he is “somewhat comforted” by the arrest of a man in connection with the violent incident.

“Given the circumstances surrounding the incident, I have no question I was a target because I am a gay man. This attack was a hate crime, not just against me but against all 2SLGBTQ+ people,” David Gomez said in a statement released by his lawyers Monday.

“I will continue to co-operate with the police investigation and want the individuals responsible for this assault to be held accountable.”

On Saturday, Toronto Police Services announced the arrest of Elijah McGibbon and charged him with aggravated assault following the June 5 altercation at Hanlan’s Point, which left Gomez with serious injuries to his lower back and also required him to undergo surgery to repair his face.

In the moments leading up to the attack, police allege that Gomez and an unidentified 27-year-old woman were walking to the ferry docks when they became involved in a disagreement with a group of people. A man from the group made homophobic comments towards the victims and a woman grabbed one of the victims, investigators said.

Two men from the group then allegedly assaulted Gomez by punching and kicking him.

In the days that followed, accusations surfaced online linking Ottawa Redblacks defensive lineman Chris Larsen to the attack. Although he has not been identified as a suspect by police, the CFL player was subsequently suspended from his team following the incident. As of last week, the team said that there had been no official change to Larsen’s status.

Speaking to CTV News Toronto on Wednesday, Larsen and his lawyer, Calvin Barry, denied the allegations claiming that he was “at most” a witness to the event.

“This is a complex case and we still encourage witnesses to come forward,” she said in a news release.

“In particular, we want to speak to two women who we believe were in the area at the time and are described as white, in their 20s and with brown hair.”

McGibbon is set to appear at a Toronto courtroom on July 26.

Meanwhile, Gomez says that during Pride Month, “we cannot lose sight of the fact that systemic discrimination still emboldens individuals to perpetrate hate crimes against our community.”