Victim in Hamilton's latest homicide identified as B.C. man that was relocating to region

TORONTO -- Police have identified the victim in Hamilton’s latest homicide as a 39-year-old British Columbia man who was in the process of relocating to the Greater Toronto Area.

Officers were called to an industrial area on Arvin Avenue near Hilton Drive on Sunday evening after some passersby found a woman with gunshot wounds on the side of the road.

The woman, 26, was rushed to hospital in serious condition, where she remains.

Police then cleared the area and found the male victim deceased nearby. He has since been identified as 39-year-old Tyler Pratt.

“I don’t believe it was a long duration but it wasn’t moments,” Staff Sgt. Jim Callender told reporters on Monday morning about the discovery of Pratt’s body. “They located the female and as the officers cleared the area they found the male.”

Callender said that the deceased and the woman were known to each other, though he did not provide any further details about the nature of their relationship. 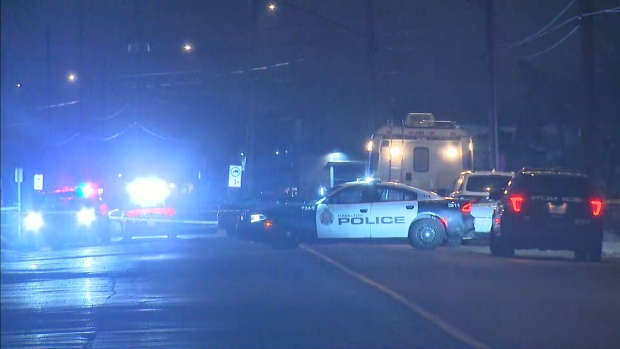 He said that right now investigators are looking to speak with anyone who was in the area between 6:45 p.m. and 7:20 p.m. last night and “heard or saw anything out of the ordinary.”

He said that police also plan to conduct a canvass of the area for possible surveillance camera footage.

“Arvin Avenue is a very industrial area, we suspsect that there is a vast amount of surveillance video and we are present in the area now and expect to be there for the rest of the day,” he said.

Callender said that police are looking for a white, newer model Land Rover that likely some body damage to its lower panel area in connection with the homicide.

He said that investigators have spoken with the female victim as part of their investigation but have not yet been able to interview her due to her injuries.