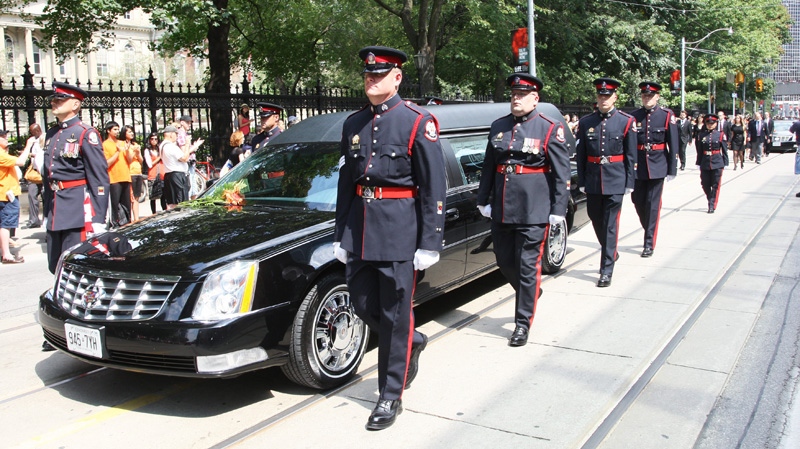 Prime Minister Stephen Harper says he hopes the state funeral bestowed on Jack Layton has been of some comfort to his friends and family.

Harper says the week-long ceremonies have given Canadians the chance to honour and express gratitude for Layton's contribution to public life.

Before entering Roy Thomson Hall for Layton's funeral, Harper said it has been an "extraordinary and very emotional week."

Gov.-Gen. David Johnston also stopped to say a few words, saying it's a time of mourning, but "also a time to celebrate a remarkable life of leadership."

Johnston says it's important to have a "clear and passionate voice for the ordinary person and that was Layton.

Former prime minister Paul Martin says everyone was very touched by Layton's passion for public life and his belief in the future of Canada.