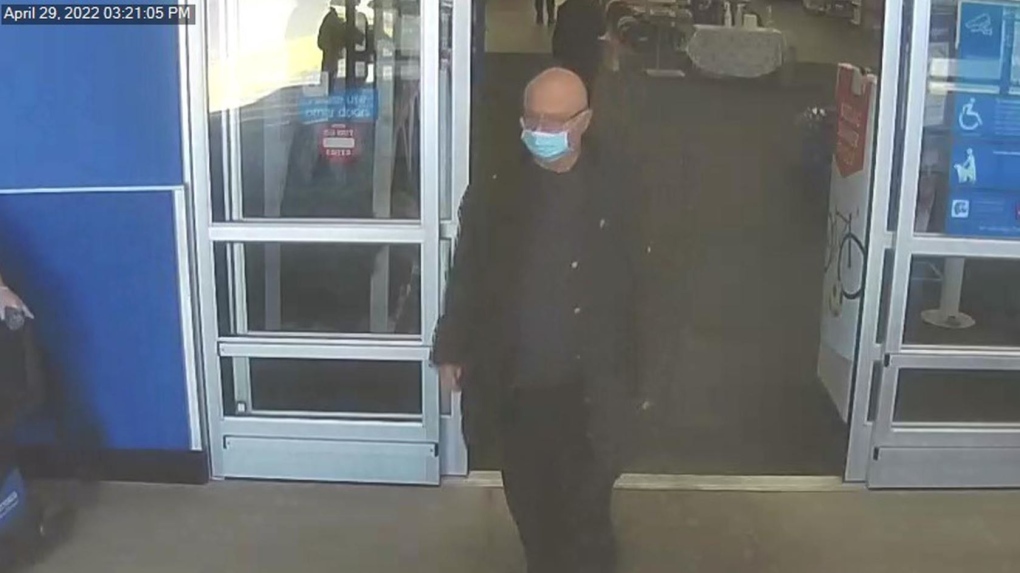 York Regional Police have released this image of a suspect wanted after a car was vandalized with derogatory graffiti at a Walmart parking lot in Markham. (YRP handout)

York Regional Police are asking for the public’s help in identifying a suspect who allegedly wrote hate-motivated graffiti on a car in a Walmart parking lot in Markham last month.

Police responded to a property damage call at a Walmart located at 500 Copper Creek Drive on Apr. 29.

A male suspect parked next to a vehicle that had a Ukrainian flag on the dashboard.

Police say the suspect used a sharp object to scratch the paint on the victim's vehicle and engraved several derogatory words on the driver's side door.

The suspect then fled the scene in a white two-door Smart car.

The suspect is described as having a heavy build, bald and was wearing glasses, a dark jacket and dark pants.

“Investigators are seeking assistance from the community to help identify the suspect and asking any witnesses, anyone with information or video surveillance footage in that area, to please come forward,” police said in a news release on Tuesday. 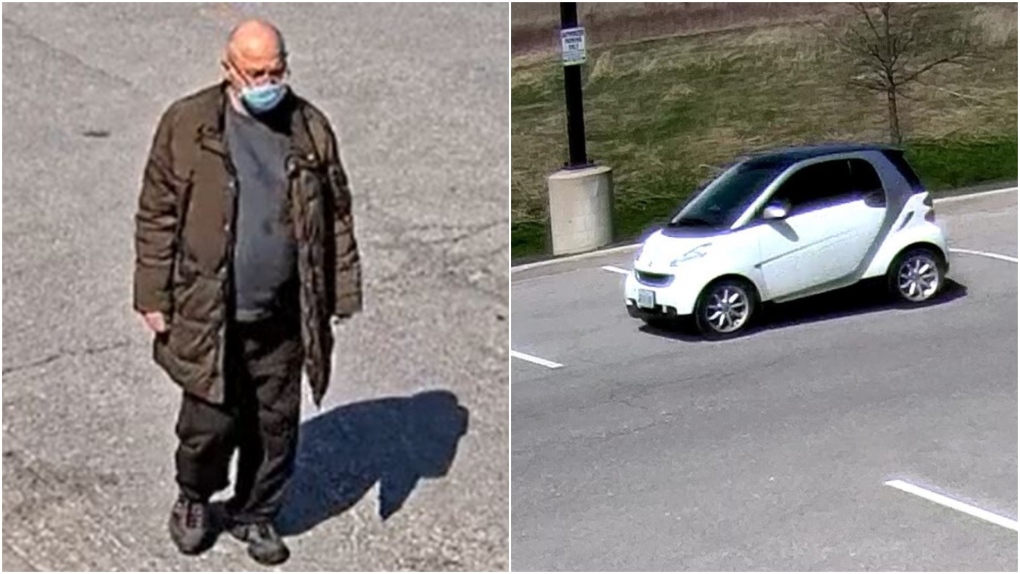 A suspect who allegedly scratched 'hate-motivated' messages into a parked vehicle displaying a Ukrainian flag in Markham is seen in this surveillance image. (York Regional Police)