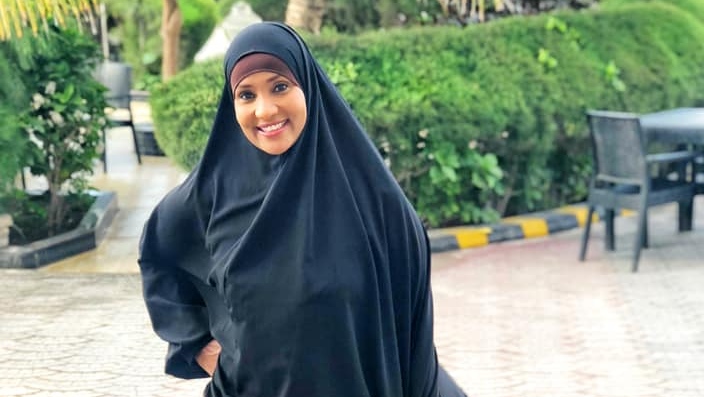 At least 10 people were killed in an extremist attack in Somalia in 2019, including Hodan Nalayeh, a prominent Somali-Canadian journalist, and her husband. (Source: Hodan Nalayeh)

TORONTO -- A school in Vaughan, Ont., will soon be renamed after late Somali-Canadian journalist Hodan Nalayeh, known for her courageous storytelling and passion for education.

Trustees with the York Region District School Board voted on Tuesday night to change the name of Vaughan Secondary School, which originally honoured Benjamin Vaughan, a slaveholder in the 18th century.

Ten out of 12 trustees voted in favour of the motion, which was initially put forward due to a push from the Black community in the region.

“It is with a heavy-heart and with a deep sense of gratitude that the Nalayeh Family accepts the … decision to rename the school in question with Hodan’s name,” the late journalist’s family said in a statement on Wednesday.

“With it, comes a tremendous responsibility to uplift and support all students, their families and the communities … whether local to the school or across our great region.”

The trustees said Nalayeh was known for her passion for education, as well as telling stories. She had a TV show and led advocacy work for the Somali community in Canada. She died in an attack on a hotel in Somalia in 2019.

It is with a heavy-heart and with a deep sense of gratitude that the Nalayeh Family accepts the community’s recommendation and in turn the York Region District School Board’s decision to rename the school in question with Hodan’s name. With it, comes a tremendous responsibility

“[She] was a journalist and inspirational storyteller whose message to youth was that achievement depends on perseverance and education,” Trustee Bob McRoberts said during the meeting on Tuesday.

“She has family who still live in Vaughan … I found it to be a special connection that Hodan’s nephew is currently a student at the school.”

McRoberts said it is thanks to the efforts of the Black community in York Region that the “historical” wrong is being corrected in some way.

“If it weren't for the lobbying efforts and the persistence and concern initiated and expressed to us by the Black community, the name of the school would still be Vaughan Secondary School,” he said.

“We had no reason or awareness of the need for a change.”

Tonight was historic we did it @YRDSB trustees voted 10-2 in favor of naming the former unnamed school Hodan Nalayeh SS! We did it w/ the odds against us we did it! @HodanTV legacy will forever live on not only for her work but as a symbolic sign that the times are changing pic.twitter.com/C7snXMnreo

Politicians, students and activists across the province welcomed the renaming of the school after Nalayeh, saying the board trustees should be proud of their decision.

Through a process of town halls and surveys, the board found that Hodan Nalayeh was a favourite among students and the community.

“Hodan Nalayeh was the people's choice, the communities’ choice,” Trustee Elizabeth Sinclair said. “She came out on top in first, second and third preferences.”

Thank you to the York Region District School Board, for listening to the community’s wishes and renaming our school after Hodan Nalayeh. This is a decision we can all be proud of, and it’s thanks to the relentless advocacy of many community leaders! #onted #onpoli https://t.co/vHsMM034Rr