A tiny sliver of vacant land in Toronto that is less than 30 centimetres wide has hit the market for $50,000 and already has three offers.

The property, located at 1060 Danforth Avenue in the Danforth and Donlands avenues area, hit the market late last month for $49,999.

The piece of land, which is 0.72 feet by 105 feet, is between a church and pharmacy and is too small for anything to be built on it.

Toronto real estate agent Anthony De Cesare told CTV News Toronto on Sunday that the seller purchased the property in 2013 at an auction for $5,000. 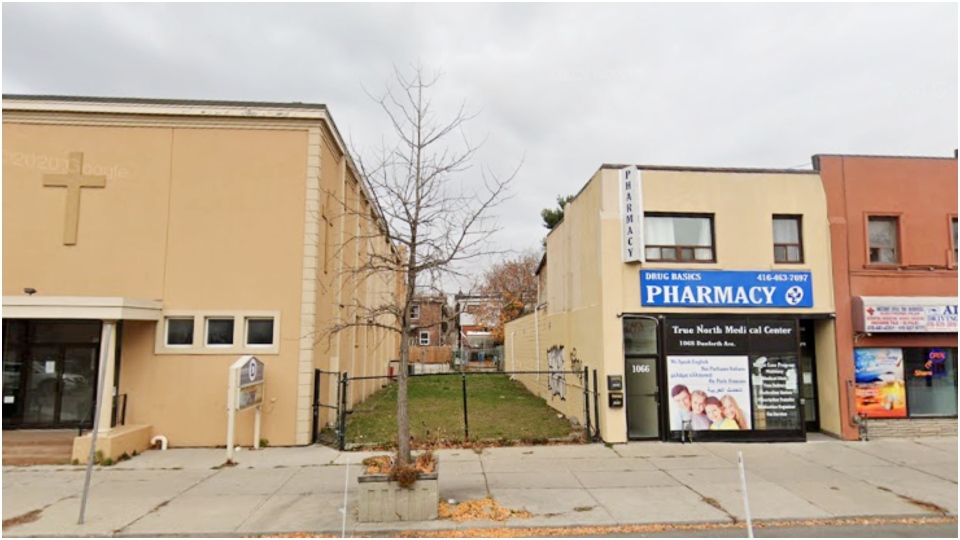 The land was auctioned off by the City of Toronto after the previous owner failed to pay their taxes, De Cesare said.

Photos of the property make it look much bigger than it is. The church on the left owns about 95 per cent of the patch of grass between the two properties, De Cesare said.

So why would anyone want to purchase this property?

It could be a good investment, De Cesare said. 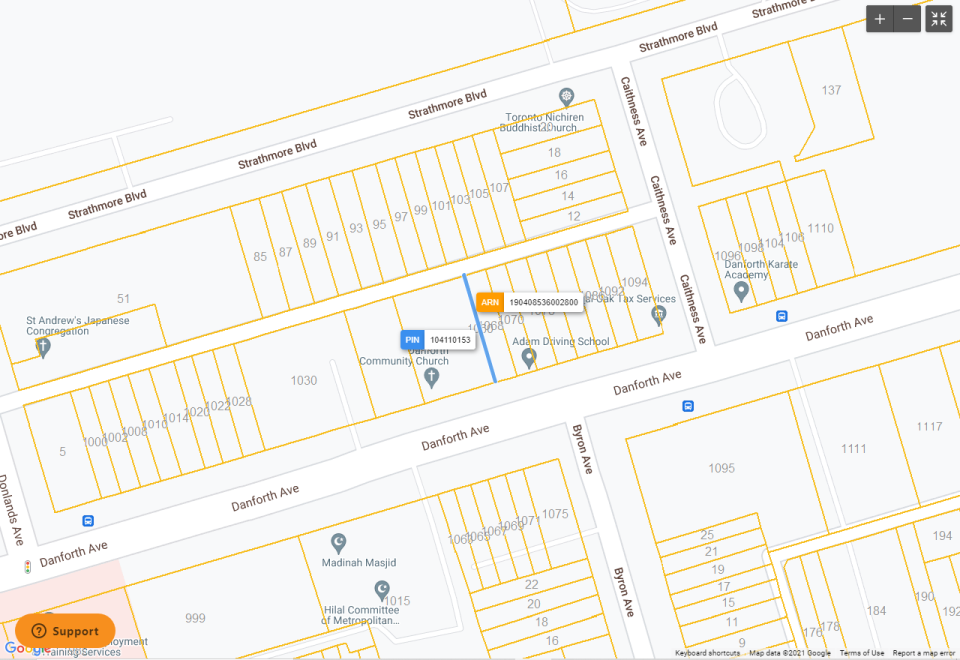 He said if the church or pharmacy next door ever sells, developers could be "knocking at your door" to purchase the strip of land in order to build.

"I had one person interested, he's 35-years-old and said 'I want to buy it and hold onto it until a developers buy me out,'" De Cesare said.

He said he has also received interest from a nearby business owner who wants to purchase the land to put up a billboard.

"It's a waiting game for whoever buys this," De Cesare said, admitting there isn't much else to do with the land.

"It's getting a lot of attention."