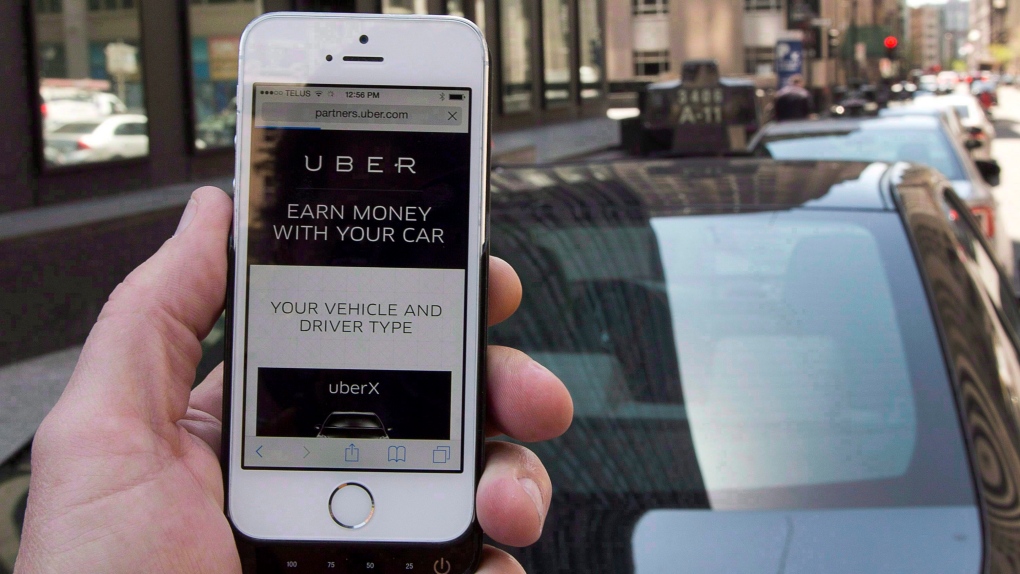 The ride-hailing app Uber is shown on a smartphone, May 14, 2015. (Ryan Remiorz / THE CANADIAN PRESS)

Ride-sharing giant Uber Technologies is calling on the Doug Ford government to boost minimum wages for gig workers in Ontario to $18 an hour and legislate a new portable benefits package for platform-based employees.

CTV News Toronto has learned Uber Canada sent a letter to every provincial government this week calling for new "legislative standards" for app-based workers as a growing number of Canadians rely on technology companies for their income.

The letter addressed to Ontario Labour Minister Monte McNaughton, obtained by CTV News Toronto, outlines a number of measures that the company claims would "significantly improve the quality of app-based work."

Among them, the company is urging the government to increase minimum wage for gig workers to $18 an hour -- up from the current $15 per hour — to account for time spent waiting for jobs, as well as other expenses, such as gas and insurance.

The company made the same request of other provincial governments calling for them to increase the earnings floor to 120 per cent of minimum wage, to account for expenses such as gasoline and insurance.

Uber is also calling for a "benefits fund" that would give gig workers who have an average of 20 hours of "engaged time" on an app access to money for health and dental benefits.

The company is also urging the government to legislate termination pay, occupational accident coverage and the right to join a union.

While the Ford government has been working on reforms for those in the gig economy — including a portable benefits package — it's unclear exactly when the province will overhaul the working conditions for app-based employees.

While McNaughton didn't say whether Uber's suggestions were under consideration, the minister issued a terse statement on the letter.

"If app-based companies do not protect their workers, our government will do it for them," McNaughton said in a brief statement Thursday night.

McNaughton previously said the government will appoint an advisory panel in March to research potential options for a portable health, dental and vision care plan -- but said the final recommendations will only be made in July, one month after the election.

The five-member panel would be tasked with meeting with workers, labour groups and employers and researching the limited examples of portable benefits before giving the provincial government a range of options.

Uber recently entered into an agreement with private sector union United Food and Commercial Workers Canada UFCW to represent 100,000 Canadian drivers and couriers and said, in the letter, that the proposed reforms are based on feedback from drivers.

The letter to the government was also sent on behalf of UFCW.