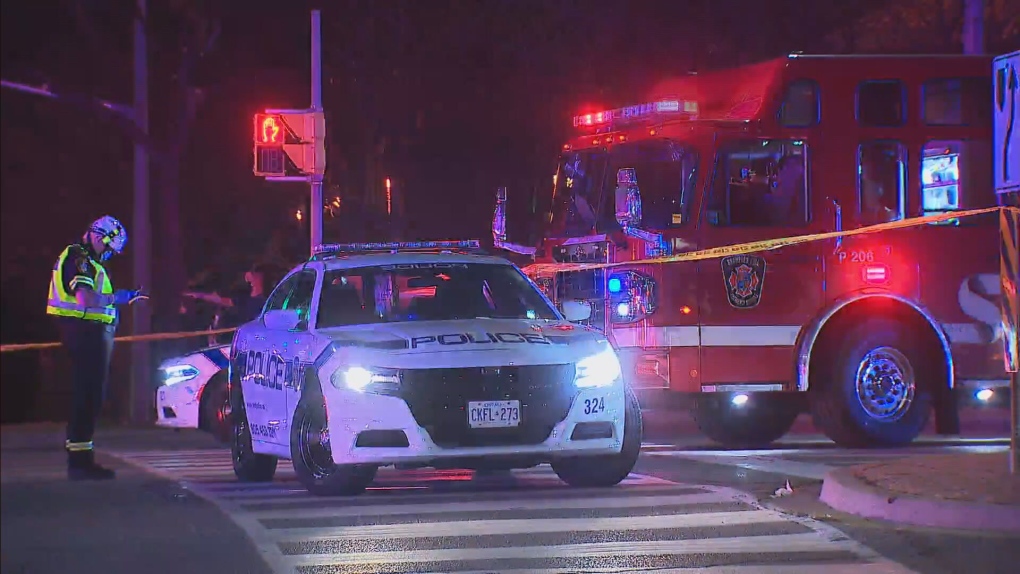 Police are investigating a two-vehicle crash in Brampton that left a man dead and three others injured.

TORONTO -- A man has died following a two-vehicle collision in Brampton Saturday night.

Emergency crews were called to the area of Bartley Bull Parkway and Main Street, north of Steeles Avenue, just before 9:30 p.m.

Police say an occupant of one of the vehicles suffered life-threatening injuries. Peel paramedics say the victim died while they were transporting him to the hospital.

Three others are being treated for minor injuries.

The Major Collision Bureau is investigating the cause of the crash.

Images from the scene show one of the vehicles flipped on its side while the other has front-end damage.

Police have closed the roads in the area while they investigate.