Three suspects have been arrested after a stabbing in a mall in North York Sunday afternoon that left two teenagers injured.

Toronto police said the incident happened just after 5 p.m. inside Fairview Mall, in the area of Don Mills Road and Sheppard Avenue East.

Toronto paramedics said the victims, who are in their mid-teens, were rushed to a trauma centre with serious injuries. 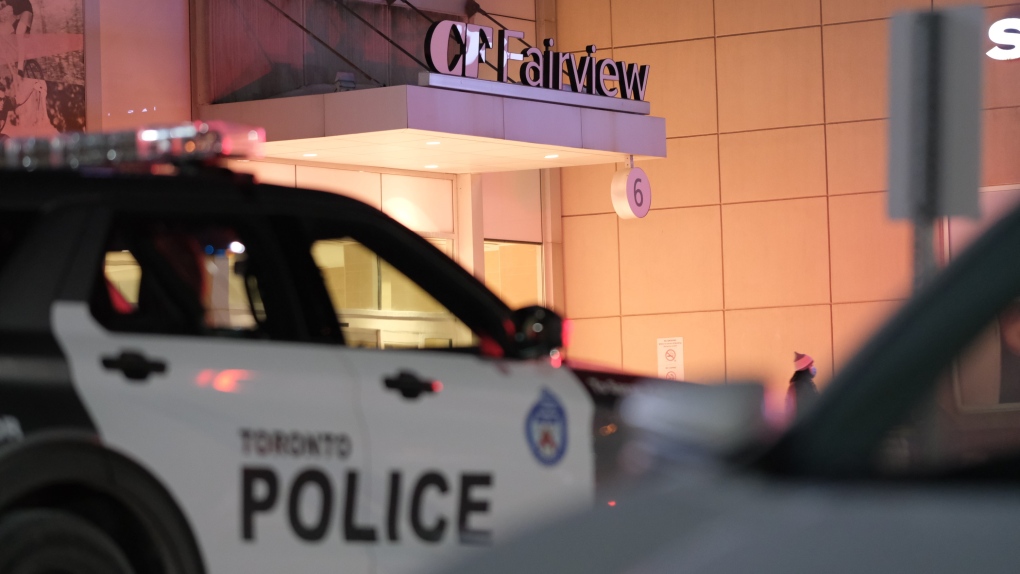 "The good news is through excellent police work, our officers were able to track down and locate three suspects that now are under arrest," said Const. Alex Li.

He added that officers recovered two knives and a replica firearm.

"It is alarming and concerning when it happens -- things like this happened within a mall," Li said. "It is still too early for me to go into details of what led up to it."

Police did not say where in the mall the stabbing occurred.

Li said investigators believe the suspects, who he described as "young people," are also responsible for a series of robberies in Scarborough and Durham Region.

"We understand that the mall was still open, and we understand that there was pedestrian traffic going in and out of the mall. We're encouraging and appealing for anyone that was in the area that might have had eyewitness account or might have recorded something on cell phone video to come forward to our investigators and assist with the investigation," Li said.