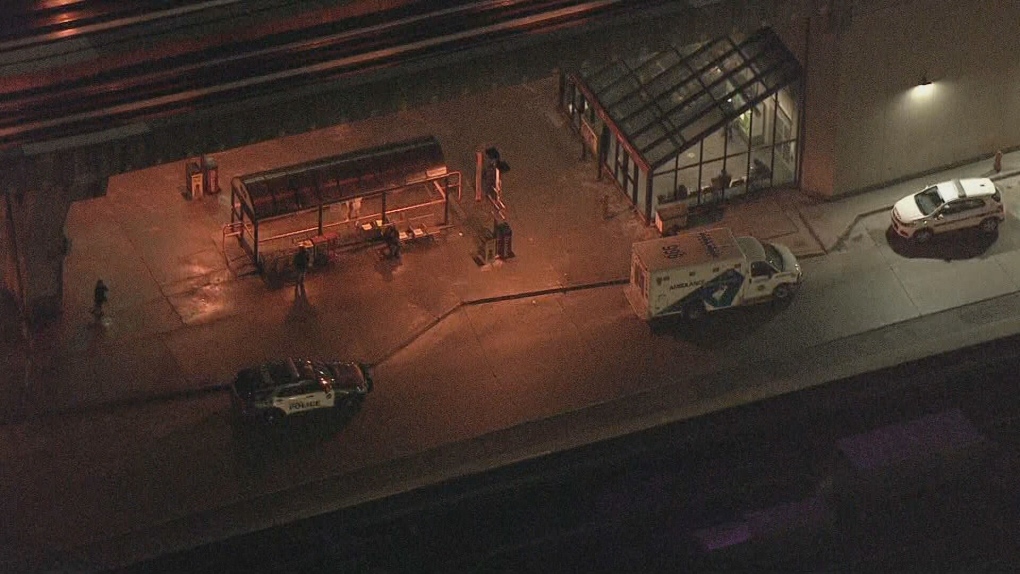 Police are investigating after a TTC employee was stabbed at Scarborough Centre station. (Chopper 24)

TORONTO -- Two teenagers have been arrested after a TTC employee was stabbed following a robbery at Scarborough Town Centre earlier this week.

On Thursday, police responded to reports of a person with a knife at Scarborough Centre Station at around 5:30 p.m.

Police said a TTC employee approached a group of males to enforce trespass offences when two males robbed him of his radio.

An altercation ensued and one of the males stabbed the employee with a knife, police said.

According to ATU Local 113, the union that represents TTC workers, the employee was stabbed in the leg.

The employee was taken to hospital with non-life threatening injuries and he was later released, according to police.

On Friday, police arrested and charged two suspects in connection with the incident.

Eighteen-year-old Shawquan Asiama, of Toronto and a 15-year-old boy, of Toronto, are both facing charges of robbery with a weapon, assault causing bodily harm, assault with a weapon and fraud in relation to transportation.

The 15-year-old suspect’s identity cannot be released under the Youth Criminal Justice Act.

The suspects will appear in court Saturday morning.