TORONTO -- Police are searching for two suspects after a man was seriously injured in west-end shooting.

The man, aged in his 20s, has been taken to hospital with serious injuries but non-life threatening injuries.

Police said multiple shell casings were located at the scene. 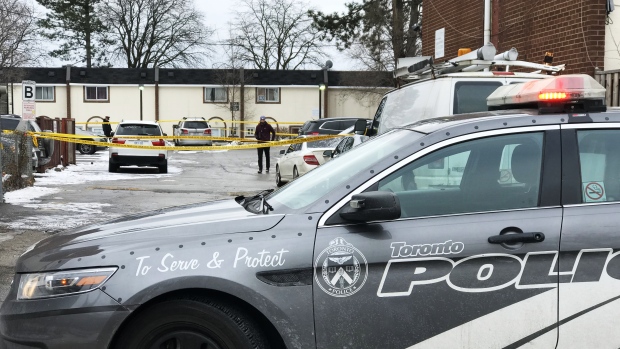 Police said they are looking for two males, both with a skinny build. One of the males was wearing a black jacket, while the other was wearing a white and blue jacket with stripes on the arms.