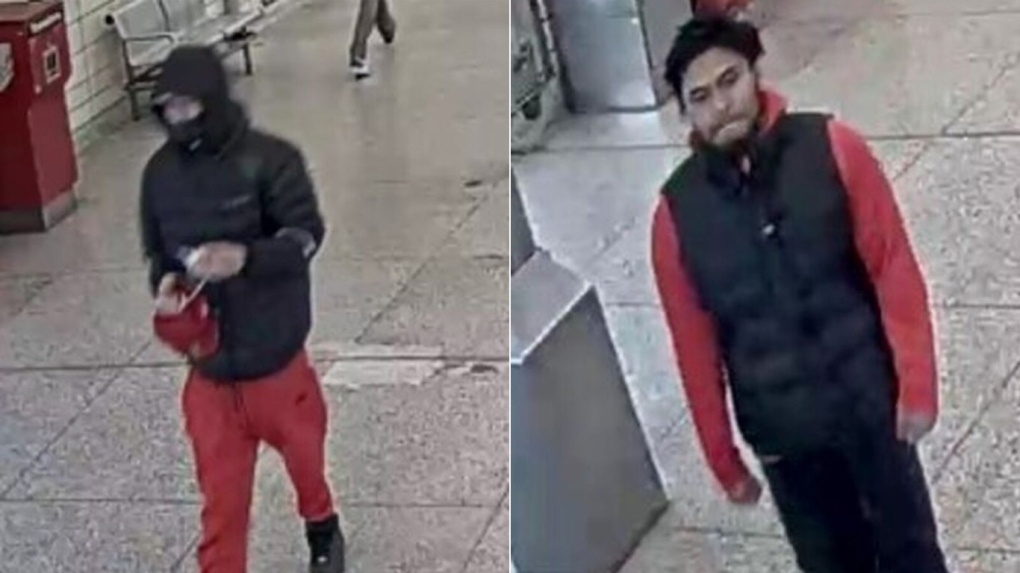 Police have released security camera images of two suspects wanted in connection with a stabbing and robbery at Main Street Station on April 16, 2022. (Toronto Police Service)

Toronto police are looking for two suspects after a man was stabbed twice and his cellphone stolen at Main Street Station last month.

The incident happened at the TTC Line 2 subway station in the area of Main Street and Danforth Avenue on the evening of April 16.

Police said it began with an argument between a man and two suspects inside the station.

When they exited the station, it escalated to a physical altercation, police said, resulting in the man being stabbed by one of the suspects.

Police added that the suspects also took the man’s phone.

The suspects then went back inside the station and were followed by the victim.

Police said the victim was stabbed again before the suspects fled the area.

Security camera images of the two suspects were released on Wednesday, with police asking the public’s help in identifying them.

Both suspects are men in their early 20s, police said. One was wearing a black winter jacket, black hooded sweatshirt, red pants, and black shoes.