TORONTO -- Two people were shot during a targeted robbery inside a North York business on Thursday morning, according to Toronto police.

Emergency crews responded to reports of shots fired inside a moving company located in the industrial area of Alness Street and Magnetic Drive just after 10 a.m. 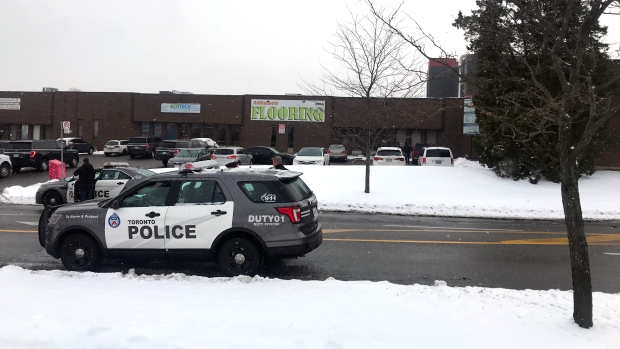 “Upon arrival, what we found was a female that was suffering from gunshot wounds,” Toronto Police Chief Mark Saunders told reporters at the scene at noon. “Firefighters were taking her out and she was immediately transported to a trauma centre.”

“Further investigation has revealed that there was another victim that was also shot and that person had made their own way to hospital in York Region. With the assistance of York police, due to the nature of the injuries, that person is now on an emergency run to a trauma centre in the city of Toronto.”

Saunders added that a third person witnessed the shooting and suffered from “what looks like an anxiety attack as a result.” 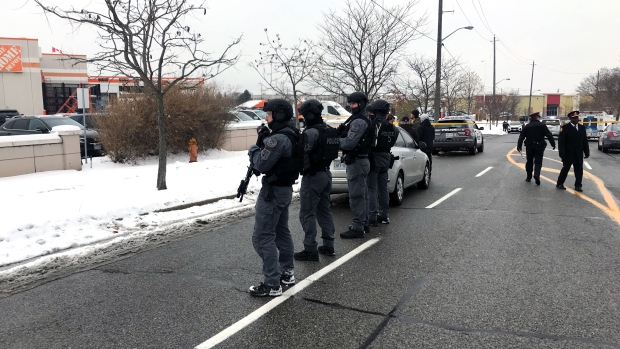 According to investigators, two suspects arrived at the business and “demands were made and people were shot.”

“Our evidence tells us right now that this was in fact a robbery,” Saunders said. “We have right now the area cornered off by the public safety response teams that are trained in this type of event, emergency task force is also on scene and has cleared that area.”

“They further looked at the whole industrial plaza that is here and cleared it to make sure there are no suspects that are outstanding.”

Saunders said he believes this incident was “targeted in nature,” as those responsible went directly to that business. 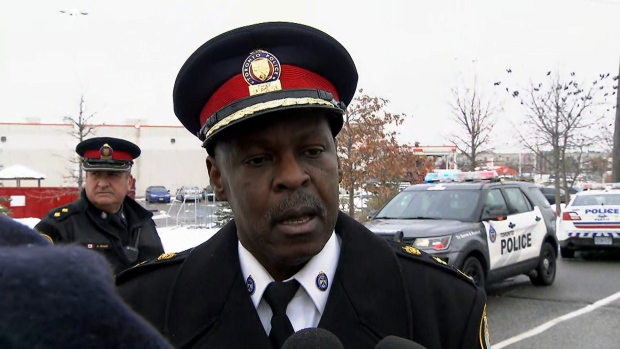 The suspects walked into the business and began shooting, police allege, before fleeing the scene on foot in an unknown direction.

No descriptions of any possible suspects wanted in connection with the case have been released by officials thus far.

As officers continue to canvass the area and appeal to witnesses to come forward, they said they believe this is a “solvable case.” 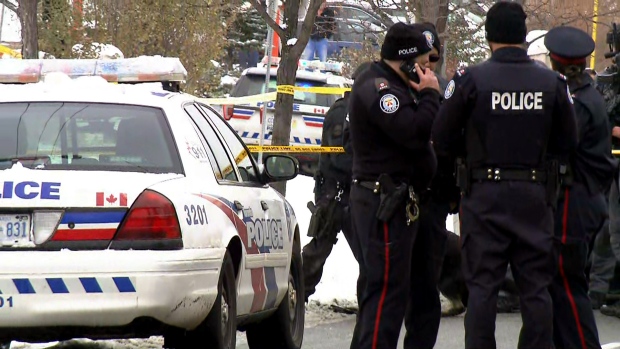 “We believe that there could be potential evidence that is still here that needs to be located so that is why we’ve got all of these resources here,” Saunders said. “We are looking for and appealing to anyone who saw anything in the area to please contact police, if you have video cameras or anything please help us by giving us the evidence.”

Anyone with further information is asked to contact police or Crime Stoppers anonymously.