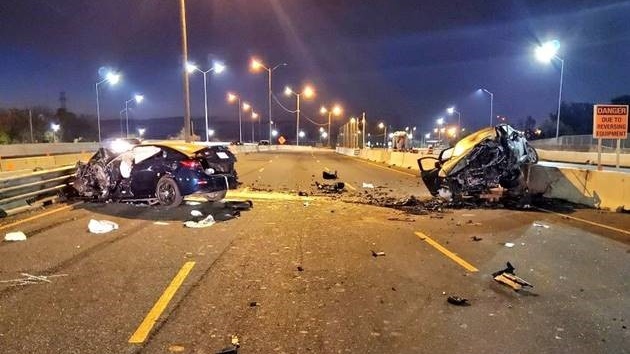 Two people were injured following a wrong-way crash on the QEW. (Twitter/@OPP_HSD)

Police say the Fort Erie-bound lanes of the QEW are closed at Northshore Boulevard due to the collision.

The drivers of the two vehicles involved were transported to hospital for treatment.

Police say alcohol is being investigated as a factor in the crash.