Two people in critical condition after shooting, collision in Scarborough

Two people in critical condition after shooting, collision in Scarborough

Two people are in critical condition following a shooting and vehicle collision in Scarborough Tuesday evening.

Toronto police said it happened in the area of Warden Avenue and Hymus Road at 7:26 p.m.

When officers got to the scene, police said, they located a female victim with “several” gunshot wounds.

“Upon arrival, officers discovered a single motor vehicle in collision with a stationary vehicle, beside which was an adult female suffering from obvious injuries,” acting Insp. Craig Young told reporters at the scene.

The woman has since been transported to a local trauma centre in critical condition. 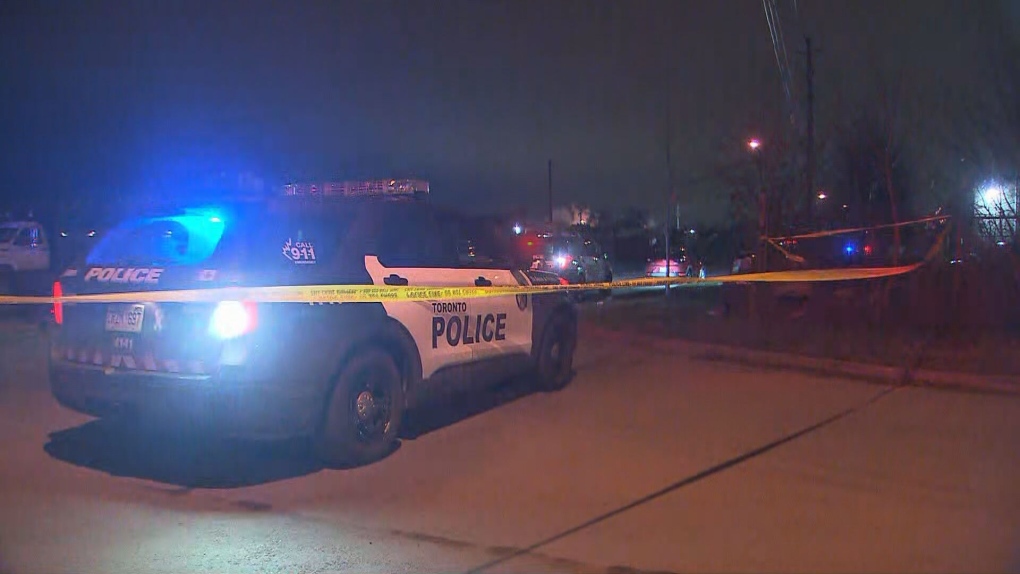 Toronto police are investigating a shooting in Scarborough that sent a woman to hospital in critical condition.

It’s unclear at this time if the woman was an occupant of the vehicle, though police said they are working off that assumption and trying to piece together a sequence of events.

Young said witnesses in the area were drawn to the sound of a collision and saw the female victim outside of the vehicle.

A second victim, a man, who police said was in the vehicle that crashed, later walked into a local hospital. He was subsequently transferred to a trauma centre in life-threatening condition. 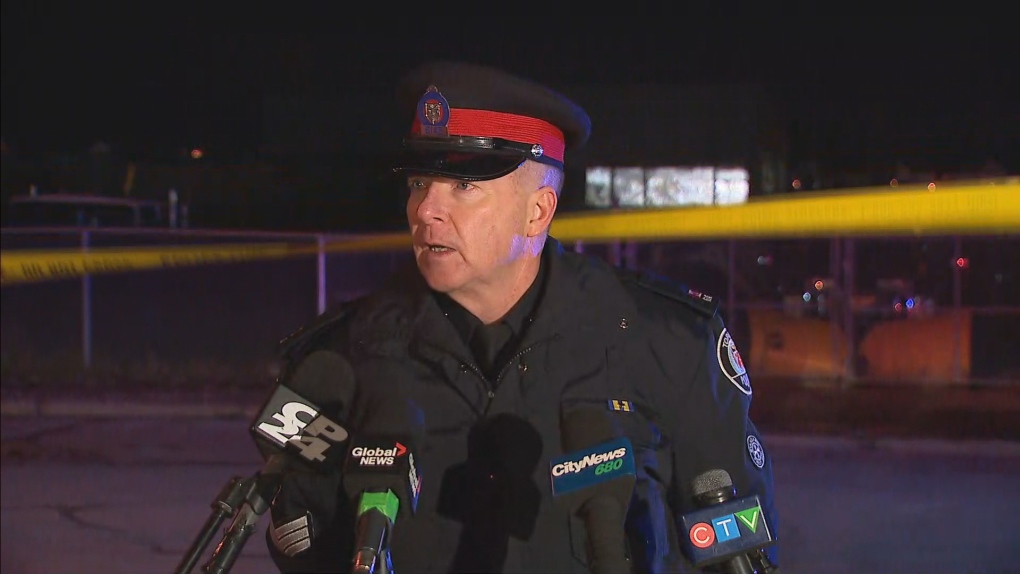 Toronto Police acting Insp. Craig Young speaks at the scene of a shooting in Scarborough on Nov. 29, 2022.

Police said the suspect, who was also in the vehicle, fled the scene following the shooting.

He is described by police as an adult male of an unknown race, last seen wearing a black top, blue jeans and black shoes with a long white t-shirt hanging out.

Police canine and drone units have been deployed to the area and are currently searching for the suspect, Young said.

As a result, multiple road closures are now in effect.