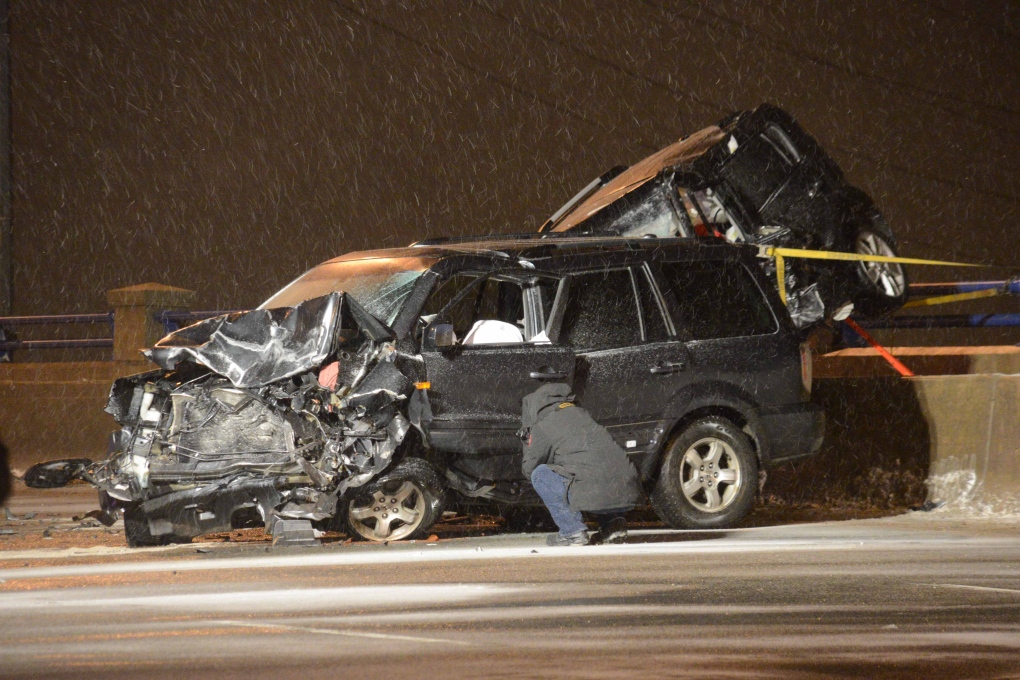 A person kneels by the wreckage at the scene where a minivan collided head-on with an SUV, killing two male drivers near Bovaird Drive West and Worthington Avenue in Brampton Sunday, January 19, 2014. (Andrew Collins/CP24)

Two people are dead and two others have been taken to hospital after a head-on collision in Brampton Sunday afternoon.

The crash happened on top of a bridge near Bovaird Drive West and Worthington Avenue.

Both male drivers were declared dead at the scene, while a woman and one child were taken to hospital, Peel EMS said.

EMS said a child was in a car seat at the time of the crash.

Emergency crews are currently on scene and police are advising people to avoid the area for the time being.