Two people died and four others including a nine-month-old baby were injured in a pair of crashes that occurred two hours apart in Peel Region overnight.

Peel Regional Police say they were first called to Derry Road and Ninth Line in Mississauga at 10:38 p.m. Saturday for a two vehicle collision.

They arrived to find a 20-year-old man who was pronounced dead at the scene.

A woman in the same vehicle was rushed to Sunnybrook Hospital in serious condition. 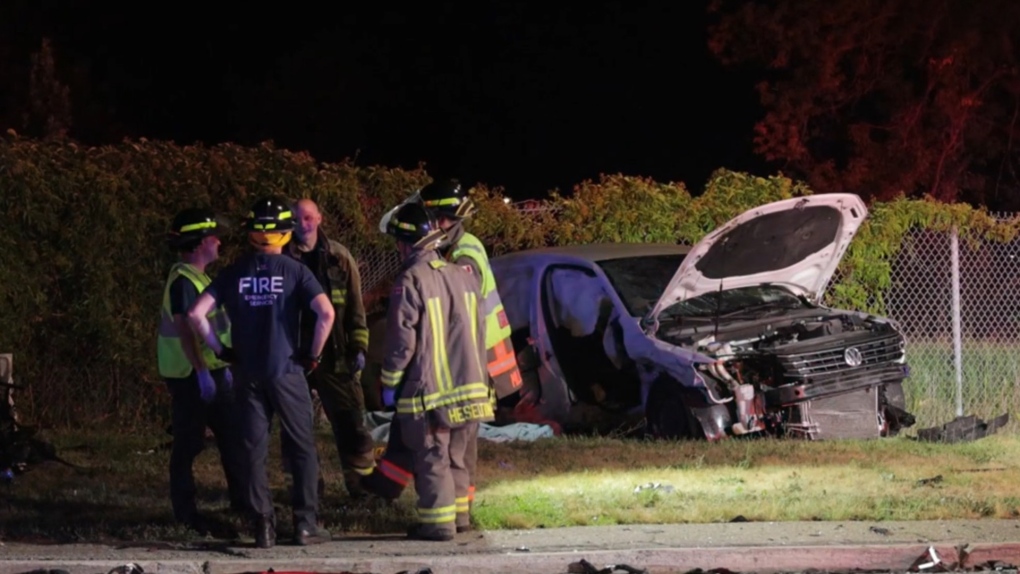 The intersection was closed in all directions for a lengthy period of time.

About two hours later, at 12:39 a.m., police were called to Creditview Road and Wanless Drive in Brampton for another collision.

They arrived to find two vehicles had collided, and an occupant of one of them was ejected from a vehicle.

The ejected person, a 29-year-old man, was pronounced dead at hospital. 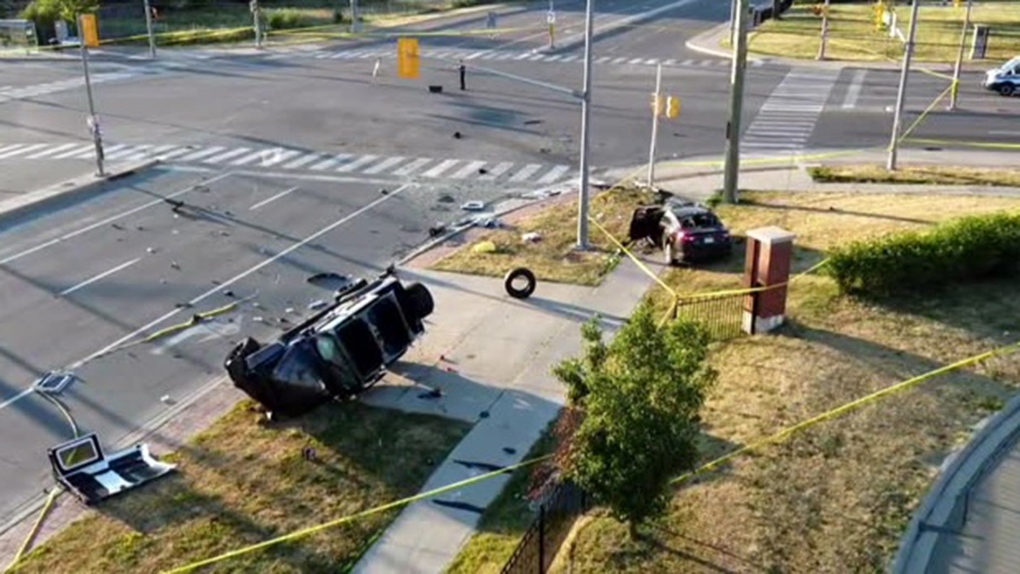 The occupants of the other vehicle were a family of three, including a nine-month-old baby. They were taken to hospital with serious injuries.

Police said the baby and their father are in good condition, while the baby's mother is in critical but stable condition.

Witnesses told CP24 that a Jeep may have run a red light, travelling at a high speed, before colliding with another vehicle.

Police said the 29-year-old man killed in the crash was the passenger of one of the vehicles. The driver of that vehicle, a 29-year-old man, was taken into custody before being transported to a trauma centre due to his non-life-threatening injuries.

The intersection was closed in all directions for a significant period of time.

A new report says Canada needs to change its federal visa policy to speed up the admission of Ukrainian refugees, which has slowed to a trickle.

A group on Prince Edward Island is calling for a return to tougher COVID-19 restrictions in the province.

Making baby food at home with store-bought produce isn't going to reduce the amount of toxic heavy metals in the food your baby eats, according to a new report released exclusively to CNN.

The Edmonton Oilers say they are mourning the death of Ben Stelter, a six-year-old boy with cancer whom the team rallied around during their run to the Western Conference final.