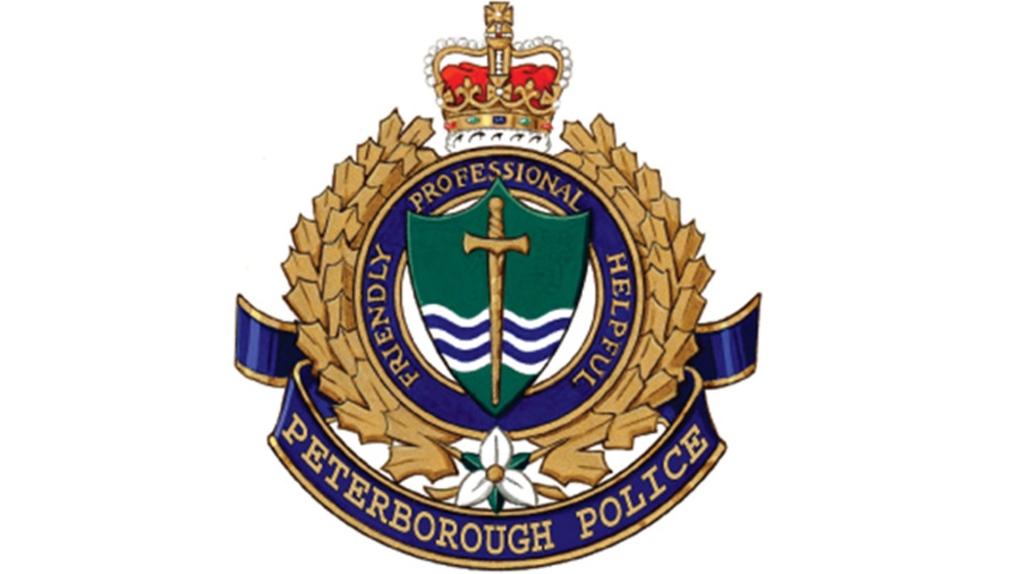 The Peterborough Police logo is pictured in this file image.

Two people are facing criminal harassment and intimidation charges in connection with a protest at the home of Peterborough’s medical officer of health on Wednesday.

According to police, a group of people gathered outside the home of Dr. Thomas Piggott around 7 p.m.

Little is known about what took place outside the home, but investigators say that Peterborough Police requested a warrant for two people allegedly involved in the incident.

On Jan. 20, a 54-year-old woman and a 30-year-old man were both taken into custody. They have been charged with criminal harassment and intimidation of a health official.

The male suspect was also served a court summons on two charges of mischief in connection with “an unsanctioned parade” in mid December, investigators said.

Both accused were conditionally released and are scheduled to appear in court next month.

They have not been publicly identified by police.

The sex assault trial of Canadian musician Jacob Hoggard is hearing from a limo driver who drove one of the complainants to and from the Hedley frontman's hotel in 2016.