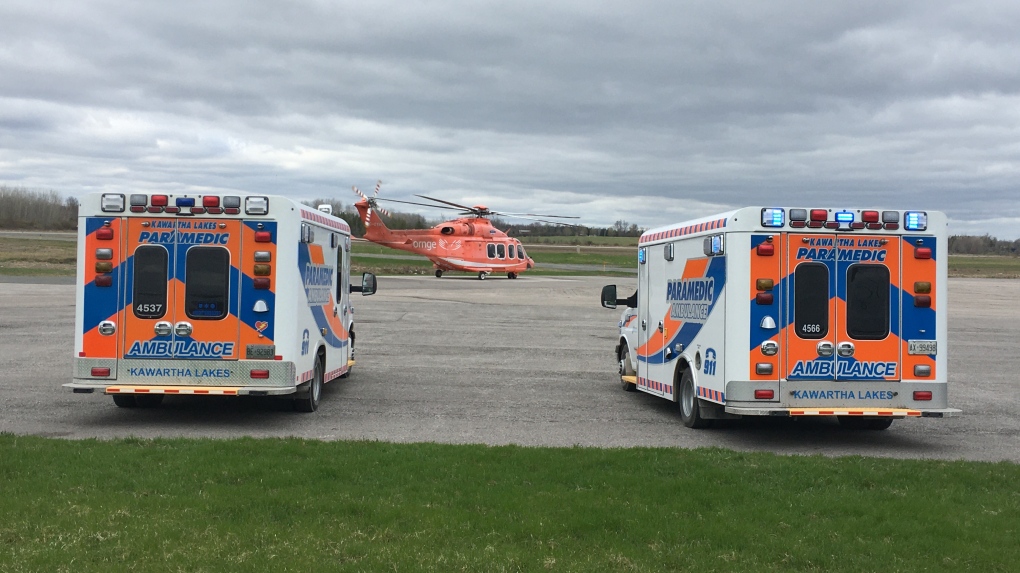 An air ambulance is seen in Lindsay, Ont. transporting patients from a crash on April 20, 2020. (Harrison Perkins/CTV News Toronto)

TORONTO -- At least two people are being transported to hospital by air ambulance after a multi-vehicle collision near Lindsay, Ont. on Tuesday morning.

The incident occurred on Highway 35 at River Road, just south of Lindsay, around 8:20 a.m.

An official with Ornge said there were multiple confirmed patients as a result of the crash. 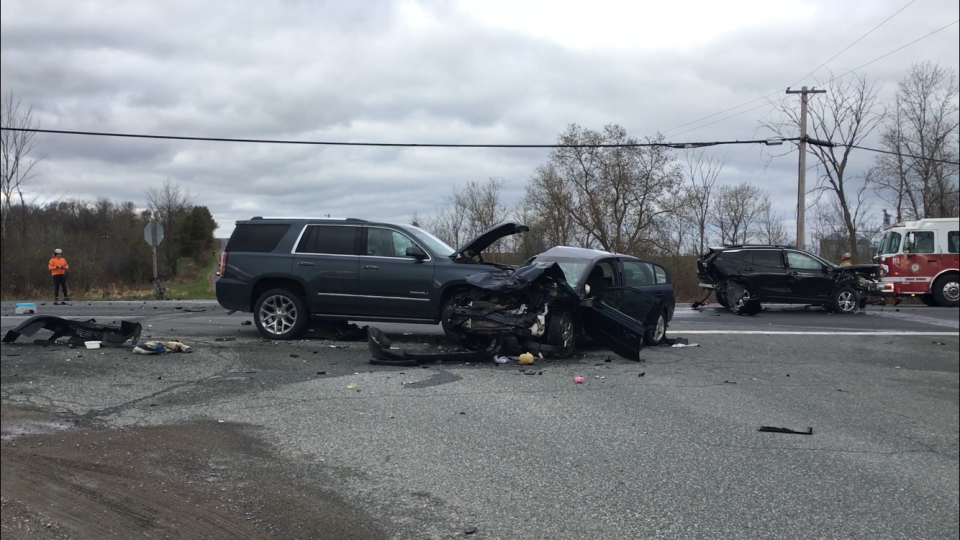 Two helicopters were sent to the Lindsay airport to transport two people -- a female patient and a male believed to be in his 50s. Both were airlifted to Sunnybrook Hospital with critical injuries, Ornge confirmed.

With files from Harrison Perkins