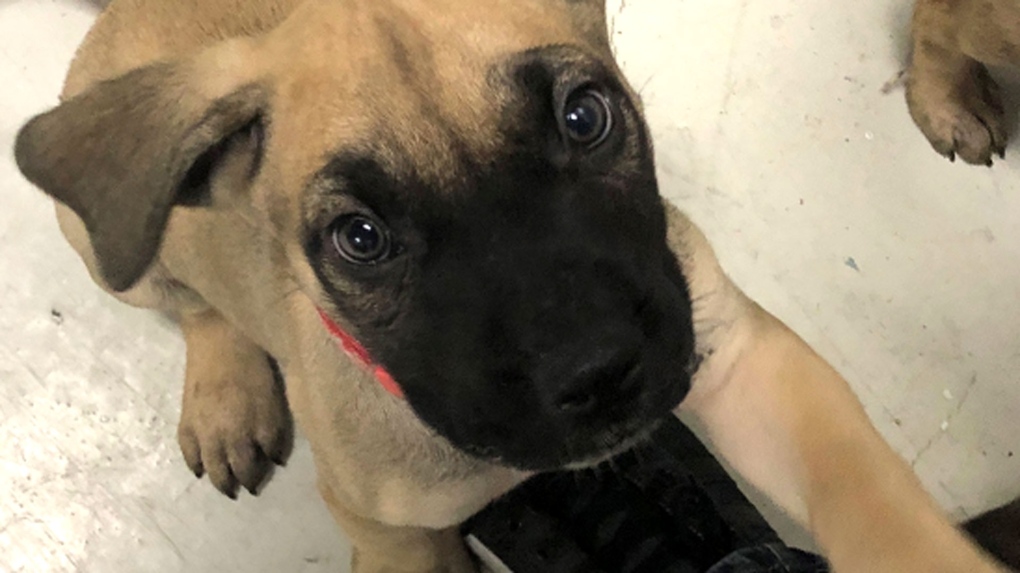 A stolen puppy is seen in this photograph. (Durham Regional Police Service)

A break-and-enter was reported at a residence located on Pentland Street on Sept. 18.

According to investigators, seven bullmastiff puppies, who were two and a half weeks old, were stolen at the time.

While investigating the matter, officers executed a search warrant at an address on Anton Square in Pickering, Ont. Police said three puppies were seized at the time.

“It is believed that the remainder of the stolen puppies were sold,” officers said while announcing two arrests in the investigation on Thursday.