TORONTO -- Two men who served during the Second World War met for the first time on Saturday with the help of technology to celebrate a shared milestone—their 107th birthdays.

Connected by Skype and with some support from family and caregivers, John Boyd and Alex Boucher were able to wish each other a happy birthday.

Boyd lives at Sunnybrook’s Veterans Centre in Toronto and Boucher lives in the small northern Ontario community of Britt.

The connection was made after officials at Sunnybrook did some digging and discovered both men shared the exact same birthday on Jan. 26.

"I’m surprised they were able to put us two together,” Boyd said.

Born in Edmonton, Alberta, Boyd enlisted with the Royal Canadian Corps of Signals and the Communications and Electronics Branch. He was based in Kingston, where he was the editor of the Armed Forces magazine “The Signal Man.” 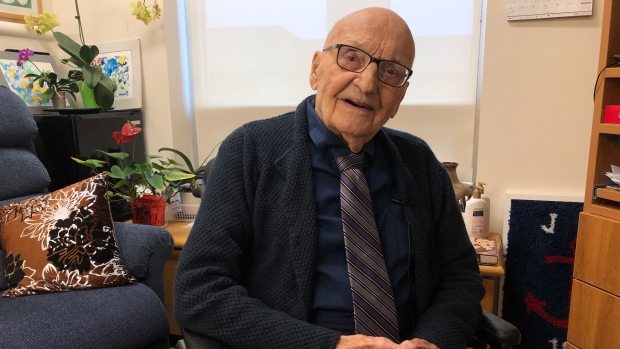 Boucher served as Corporal with the Medical Corps and trained new recruits in battlefield medical procedures and on the riffle range.

Their conservation on Skype was brief, with only a few words exchanged between Boyd and Boucher’s family.

“It’s not too often you get two guys at that age who served in the army, born at the same time and are still alive to talk about it,” Boucher’s son Alvin said. “It’s very special.” 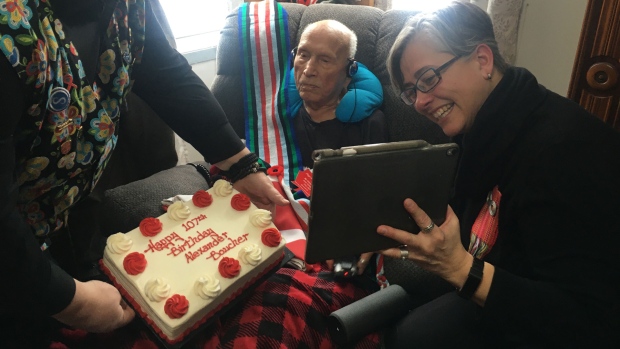 Sunnybrook officials believe the men share the title of fifth oldest known man in Canada, based on their research.

Even though both men have never met until today, they now share a special bond.

“Sharing an experience with somebody who has the same experience as I had is quite a novel thing,” Boyd said.