Two officers, one civilian taken to hospital after collision in Mississauga

Two police officers and one civilian have been taken to the hospital after a collision in Mississauga Thursday afternoon.

The incident occurred around Mavis Road and Twain Avenue, near Derry Road, just after 3 p.m.

Peel Regional Police said that officers were attempting to stop a vehicle believed to have been involved in a break-and-enter that took place in Brampton about an hour earlier.

The suspect vehicle then collided into an unmarked police car and a civilian's vehicle, police said. 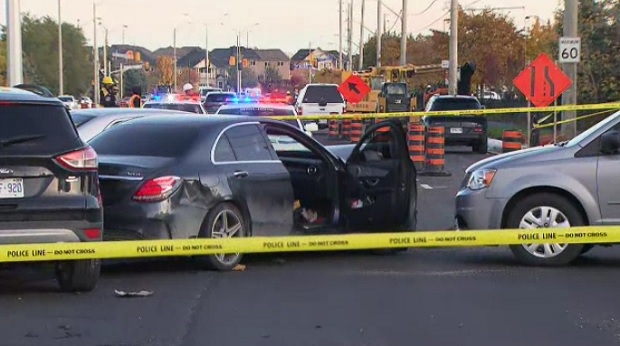 One suspect was taken into custody and three others fled the scene.

“We are still canvassing the area looking for witnesses, surveillance footage in regards to getting a proper description of the suspects,” said Const. Akhil Mooken.

The driver of the civilian vehicle, as well as two officers, was transported to the hospital with minor injuries. 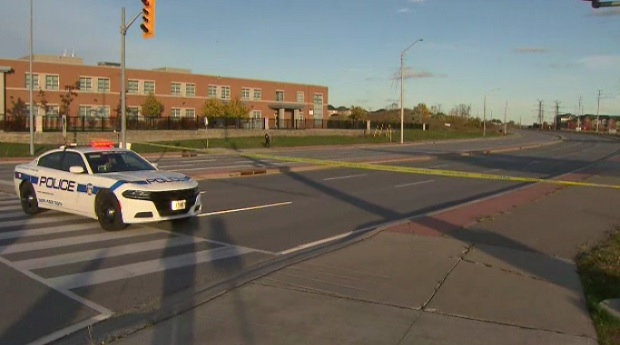 The Special Investigations Unit will not be invoking their mandate as the injuries are all minor.

Roads in the area were closed while police investigated the incident.