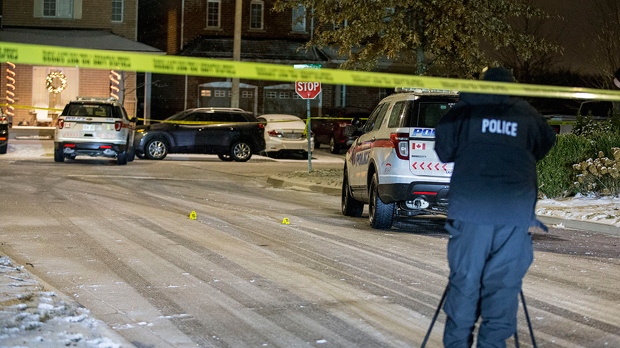 TORONTO -- Two additional people have been charged in connection with a 2018 Christmas Eve fatal shooting of a 33-year-old man on a street in Richmond Hill.

Toronto resident Soheil Rafipour was shot near Bayview Avenue and Old Colony Road around 9:30 p.m. on Dec. 24, 2018. At the time, investigators said that Rafipour was getting into a car when a suspect vehicle approached and a shooting occurred,

He was rushed to the hospital, where he was later pronounced dead.

Few details were released about the shooting, but police said they were not treating it as a random incident.

Police said that in March 2020, two men with ties to the tow truck industry were taken into custody in connection with the incident.

Mohamad El-Zahawi, 38, of Toronto and Abdelaziz Ibrahim, 23, of Hamilton were each charged with first-degree murder.

Anyone with information is asked to contact the York Regional Police Homicide Unit or to reach out to Crime Stoppers anonymously.