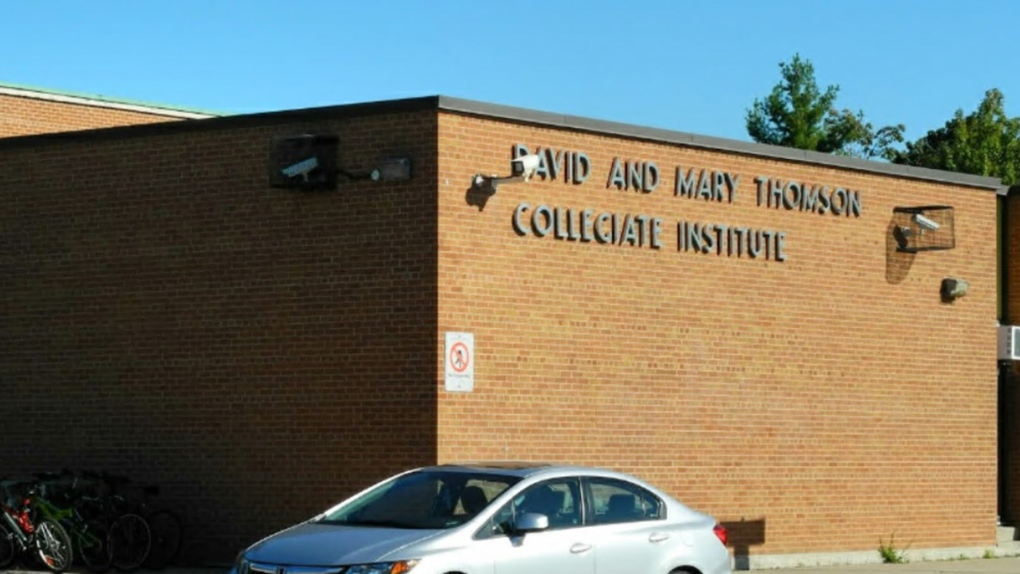 The exterior of David & Mary Thomson CI is seen in a Google Streetview image.

TORONTO -- Two classes of students are self-isolating at home after an outbreak of COVID-19 was declared at a Scarborough high school last weekend, with four cases confirmed so far.

Parents and students at David & Mary Thomson CI north of Lawrence and Midland avenues were sent letters from Toronto Public Health and the Toronto District School Board on Sunday informing them that an outbreak had been declared, after three students and a teacher tested positive for infection.

“As a result of these cases, (Toronto Public Health) has asked two Grade 10 classes to self-isolate for a period of 14 days as a precaution,” Principal William Papaconstantinou wrote in a letter.

He said the school remains open to all other students and staff.

Toronto Public Health says everyone they determined to require a COVID-19 test has already been contacted.

Their test results were prioritized for faster processing, officials said.

There were nearly 750 known active cases of COVID-19 among school students and staff across the province on Monday, forcing the closure of four schools throughout the province, including two in York Region.