TORONTO -- Emergency officials say the bodies of two children have been recovered at the scene of a fire that tore through a stretch of row homes in Oshawa on Monday morning, bringing the death toll of the blaze to four.

Officials were at the scene of the fire on Tuesday to provide an update on the investigation, saying that in addition to the two adult bodies found in the wreckage on Monday evening, crews have now also located the bodies of two children.

Emergency crews were searching for four missing people since the fire took place Monday morning at around 1 a.m. on Olive Avenue in Oshawa. Fire Chief Derrick Clark says all four of those people have now been accounted for.

“I want to send my condolences to all involved in this terrible tragedy. It's affected the whole city. We're a tight community and we all feel the pain that they're feeling,” Fire Chief Derrick Clark told reporters on Tuesday night.

Emergency crews say they arrived to the scene on Monday morning to find a row house completely engulfed in flames. Several residences along Olive Avenue were evacuated as a result of the fire. According to Durham Regional Police, at least seven units on the street were damaged.

Clark said there is no clear information on how the fire started, but did say that building was “very structurally compromised.” He said that in addition to the people who died, crews pulled five others from the wreckage who were injured and taken to hospital. 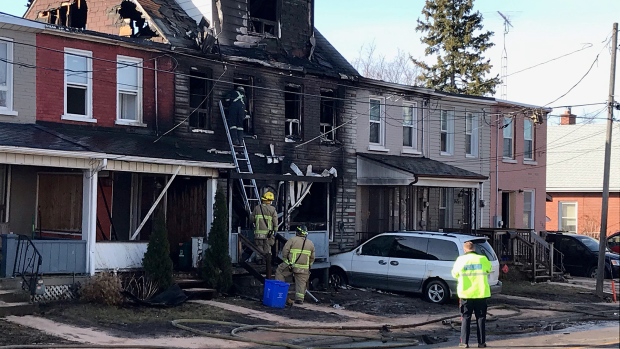 Durham police acting sergeant George Tudos told reporters on Tuesday that the major crime unit has launched a formal investigation into the fire after police received specific information related to the incident.

“I can't get into the details of what exactly that information is, but I know that information was brought to the attention of our investigators and it prompted us to get involved,” he said.

Tudos said police and fire officials would not release any more details on the four people who died in the fire. He said police are working with the Centre of Forensic Sciences to identify their identities.

“We’re hoping that they can assist us with the confirmation and identification of the four deceased parties that we removed from the residence,” he said.

While officials have not identified any of the home’s occupants, several family members have told CTV News Toronto that three young boys lived there with their parents, grandfather and at least two boarders. 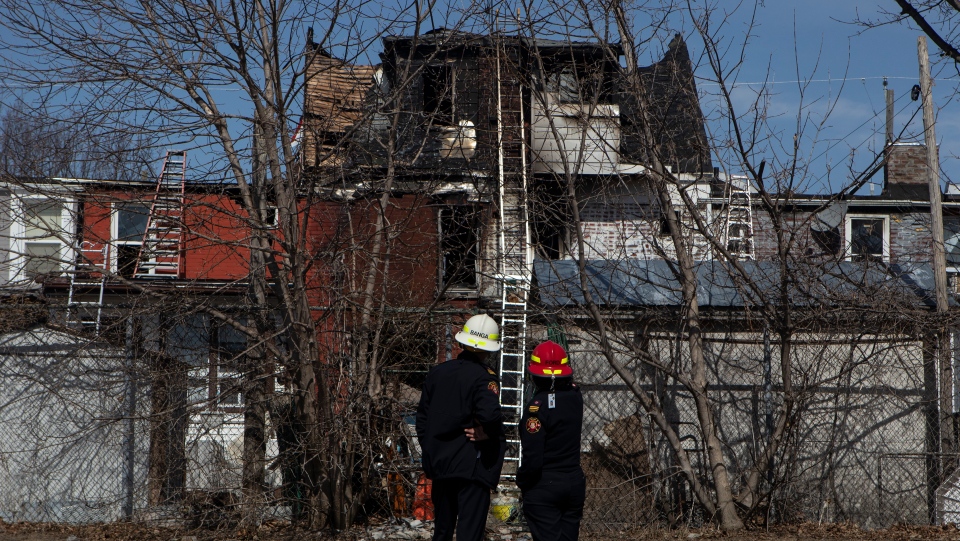 Michael Thompson, who was renting a room on the second floor in the home, told CTV News Toronto on Tuesday that he was sleeping when the tenants on the first floor called up to tell them the house was on fire.

“It just all happened so fast,” Thompson said. “The smoke was so thick we couldn't even see our hands in front of our face and by the time the few of us got out of it, it was impossible to get everybody out, the house was in engulfed.”

Thompson said the son-in-law of the home’s owner ran upstairs and told them to get out. Thompson said he assumed the man came up to get two children, who were sleeping in rooms on the second floor.

“We assumed he came up to the children. Me and the owner vacated, we got out. We tried or attempted to go back in to get the two fellas on the third floor but just too much smoke, too much flame. It was impossible to get back in.” 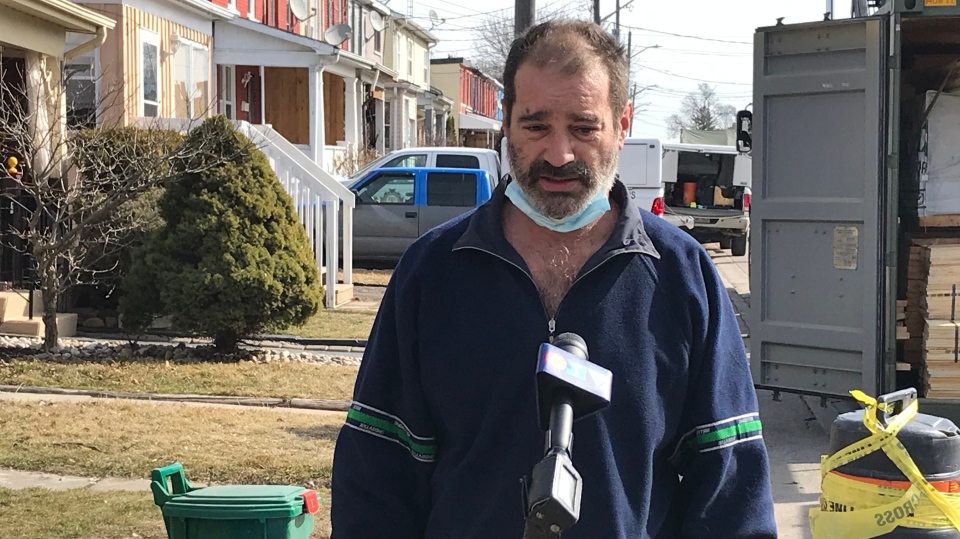 Thompson’s hand was injured as he escaped from the burning home. He said he had to smash a bathroom window in order to get out.

Thompson, visibly shaken by what happened, told CTV News Toronto that he wishes he could have done more to help the people in the home.

“I feel I could have did more, but I couldn’t. I feel guilty,” he said. “I’d rather change places with the kids, honestly.”

Oshawa Fire Chief Derrick Clark said that the investigation into the cause of the fire is underway, but that “floors have collapsed down on each other,” making it difficult to search the wreckage.

Clark urged all residents in Ontario to have a fire escape plan ready, and working fire alarms in their home to avoid fire tragedies.

“It’s going to be the thing that saves your life one day,” he said.