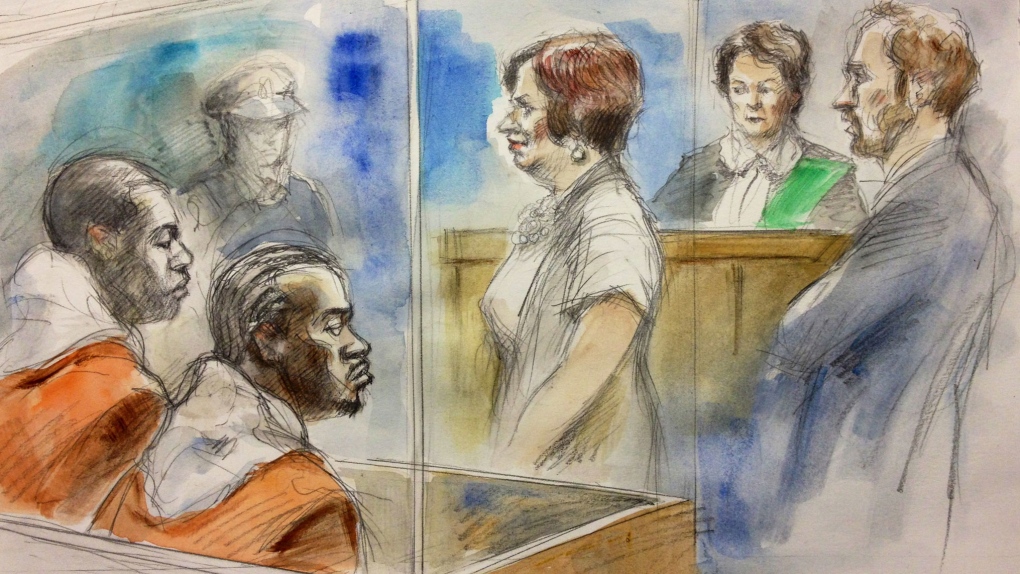 Police say 36-year-old Rala Federick was standing with another man (near Dundas Street East and George Street) in the morning of July 6 when a third man approached and shot them both.

Federick, who was shot in the abdomen, died of his injuries in hospital.

The second victim, a 37-year-old man, survived with a minor wrist wound.

Shaqwan Kawano and Alton Grant, both 19, are charged with first-degree murder.