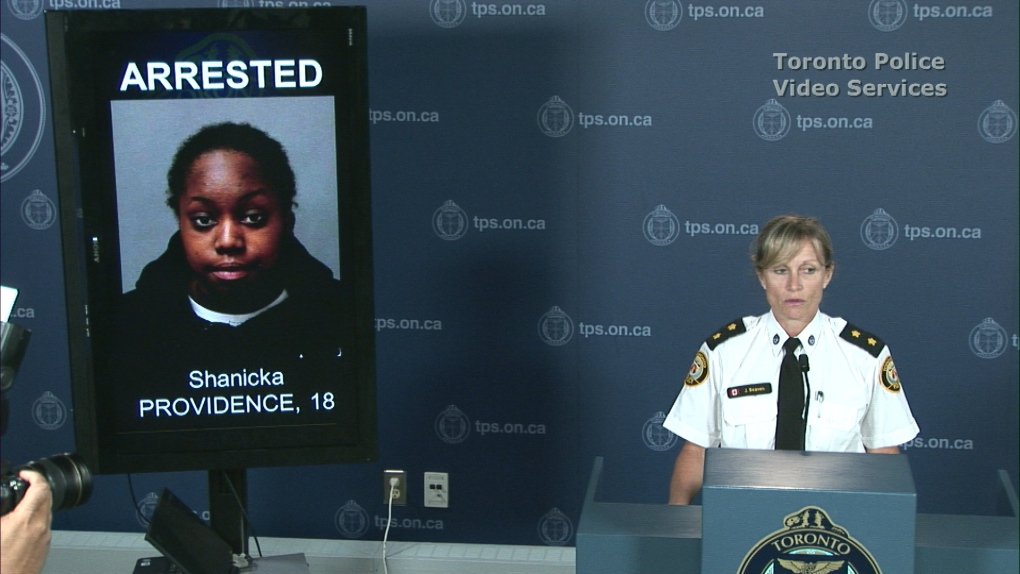 Insp. Joanna Beaven-Desjardins speaks with reporters about a year-long probe into a prostitution ring. A total of eight people have been arrested and 44 charges filed as a result.

Two people have been arrested and charged in connection with a prostitution ring that police say was run by a Toronto street gang.

Members of the Galloway Boys gang used physical violence, threats and other forms of coercion to force teenage girls into the sex trade, police said in a news conference Monday morning.

As many as 10 girls between the ages of 14 and 17 were trafficked, police said, with all the proceeds going back to the gang.

Brian Mackenzie, 22, surrendered to police on Saturday, and Kamille Fraser, 21, was arrested on Sunday. They are facing several charges including procurement to become a prostitute, living on the avails of juvenile prostitution, and forcible confinement.

Police are still looking for Darren Letts, 22, and Jason Bartley, 19.