TORONTO -- On a cold December afternoon, twelve families were handed the keys to their brand new homes after they were approved to move into a Habitat for Humanity site in Scarborough Wednesday.

The project on Pinery Trail is unlike any other build so far by the nonprofit organization. The now-complete development is home to 83 parents and 145 children for a total of 228 residents.

“It’s been a new build form for us, a denser build form, so it delivers affordability and we’ve built a whole community here.” 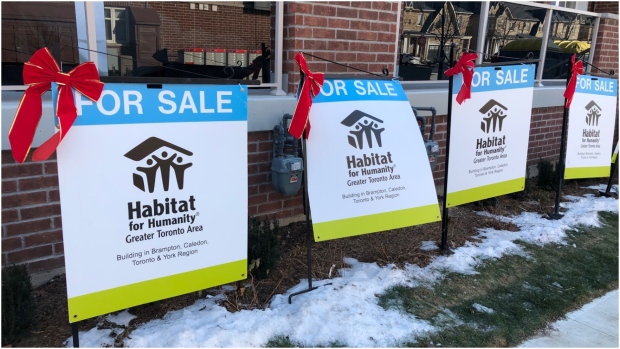 In September, eight other families moved into the community, contributing 500 hours of “sweat equity” as a down-payment for the property.

According to the Habitat for Humanity website, “sweat equity” is defined as an investment as real as “money or land.”

“Sweat equity is a new homeowner investing in their home or one for another family. It’s not a form of payment, but an opportunity to work alongside volunteers who give their time to bring to life a family’s dream of owning a home.”

For the Narciso family, the investment was well worth it.

The family of four immigrated to Canada in 2012 from the Philippines with only six pieces of luggage and a dream.

“We gave 500 hours of sweat equity. It was a wonderful time and we had a lot of help from volunteers, so it was worth it,” Reden Narciso said.

Habitat for Humanity broke ground at Pinery Trail site in 2016, and with the help of 10,000 volunteers and 500 donors, 50 families now have a place to call their very own. 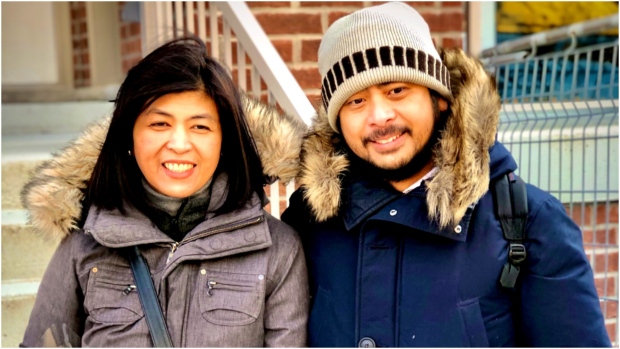 "Every new beginning comes from some other beginning's end." -Seneca
Today marked both the end of @HabitatGTA's 50 home build in Scarborough and the beginning of a brighter, new chapter in the futures of hundreds of parents and children. #HabitatforHumanity @HabitatCanada pic.twitter.com/omPpVZa7R1