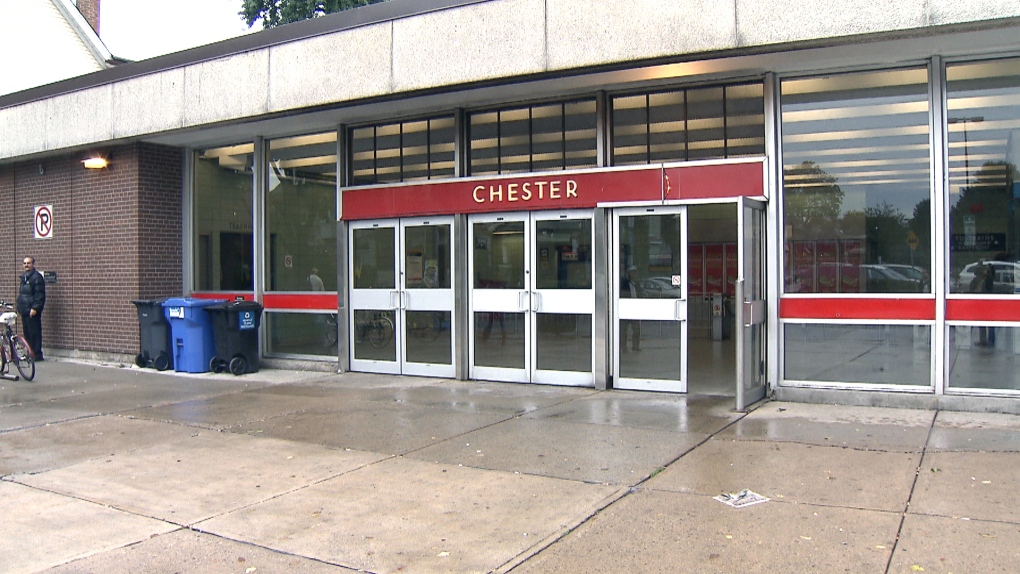 The exterior of the TTC's Chester Station along Line 2 is seen.

TORONTO -- As ridership continues to be down during the COVID-19 pandemic, the TTC says it is closing Chester Station for two weeks to accelerate work on accessibility upgrades.

Subway trains will not be stopping at the Line 2 station from June 9 to June 23.

“The TTC is taking advantage of light customer loads to advance important accessibility work at Chester Station,” the transit agency said in a news release issued on Wednesday.

The TTC said the two-week closure will allow the elevators at the station to open in fall 2020, ahead of the original schedule.

“It will also mean the pedestrian walkway on the north side of the station can open earlier than planned and crews can complete concrete restoration work at the main entrance of the station.”

Currently, 46 Toronto subway stations are accessible. The transit agency aims to have its entire subway network fully accessible by 2025.

During the closure, crews will be working at Chester Station daily between 7 a.m. and 7 p.m.