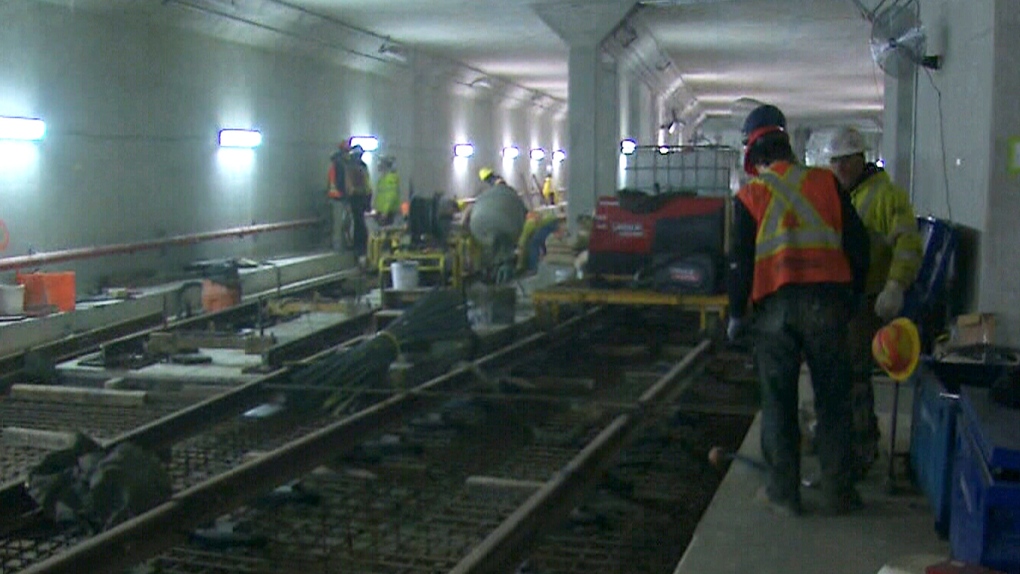 The Toronto Transit Commission has tapped the U.S. construction firm Bechtel to get the troubled Toronto-York Spadina subway extension back on track.

In a statement released on Monday, the TTC said that it has signed an agreement worth up to $80 million for Bechtel Canada Co. to oversee project management of the long-delayed project.

The contract covers the costs associated with staffing and managing the venture. The TTC hopes that with Bechtel on board, the 8.6-kilometre extension will be open to transit riders by Dec. 31, 2017.

The U.S. firm was appointed as the project manager without going through the usual tendering process. Bechtel's project director will report directly to TTC CEO Andy Byford.

Toronto's city council voted last month in favour of adopting measures in a TTC report that included calls for an additional $150 million for the Toronto-York Spadina subway extension. The costs will be shared by Toronto ($90 million) and York Region ($60 million).

The report also encouraged that TTC enter into a sole-source agreement with a third-party project manager, bypassing public procurement policies.

In a statement issued on March 31, the Amalgamated Transit Union Local 113, which represents roughly 10,000 TTC employees, criticized the decision, calling it "a misguided attempt to gain a few months on a critical segment of infrastructure that will likely last more than a hundred years."

It also said that Bechtel had a "sketchy record," pointing to the company's involvement in the Boston "Big Dig" tunnel that went nearly $12 billion over budget and its work on a nuclear waste treatment plant in Hanford, Wa., which has been plagued by delays, as well as technical and managerial problems.

The original budget for the Toronto-York Spadina subway extension was $2.6 billion. It was scheduled to be completed this year.

Work on the extension is currently about 70 per cent complete. Issues with contractors and two harsh winters have been blamed for delays on the project.