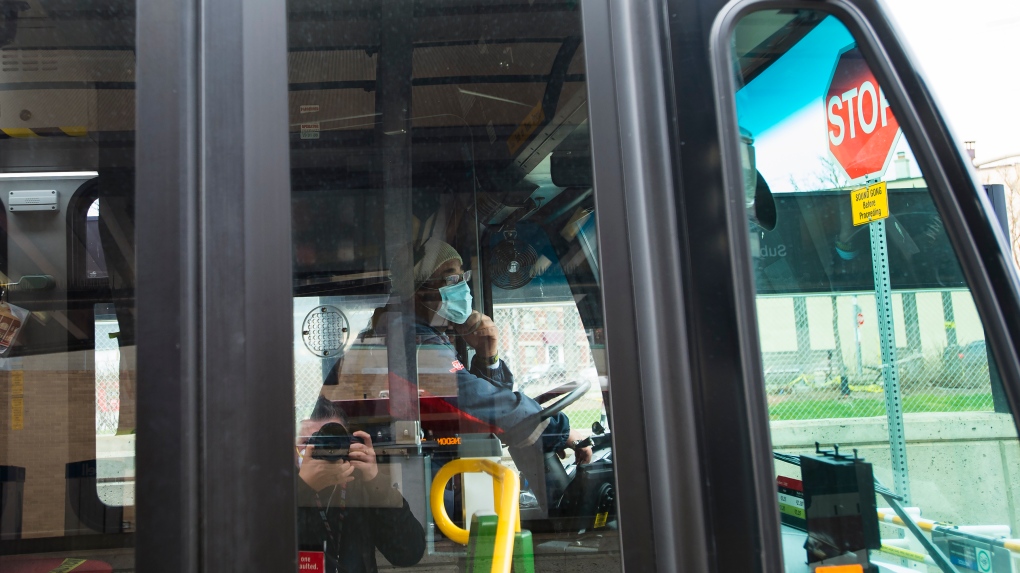 TORONTO -- The TTC says it’s preparing for a possible shortage of workers and delaying schedule planning ahead of the upcoming deadline for when workers need to be fully vaccinated against COVID-19.

In a letter sent yesterday to the union representing TTC workers, first obtained by the Toronto Star, the TTC said it was delaying the signup sheet for shifts next week due to a potential worker shortage as a result of the mandatory vaccination policy.

TTC spokesperson Stuart Green says the transit commission does not know what the final number of vaccinated employees will be by the Oct. 30 deadline, and therefore needs to push the signup period to accommodate accordingly.

“We can't schedule our service and build our service schedules, you know, and have people in the schedule who may not be working after that date. So it's just really just a contingency just in case,” he told CTV News Toronto on Friday.

The next shift signup date was supposed to be Oct. 20 but will be postponed until Nov. 3.

Every six weeks, TTC bus, streetcar and subway operators sign up for their shifts based on seniority.

In August, the TTC announced its mandatory vaccination policy requiring all employees to be fully vaccinated by receiving two doses of a COVID-19 vaccine by the end of this month.

Initially, employees had to submit their vaccination status by Sept. 30 but the TTC extended it to Oct. 6.

To date, more than 80 per cent of workers have shared their status, including 76 per cent of unionized employees.

Of those employees, more than 90 per cent said they are fully vaccinated and the remainder have only received one shot.

Green says there is still some paperwork to process as some employees submitted paper printouts of their vaccination receipts instead of online.

Green added that if the workers’ union, ATU Local 113,, hadn’t spent weeks “misleading employees” by encouraging them to withhold their status then this delay in scheduling might have been avoided.

“Frankly, if the union hadn't been playing games and misleading our employees for several weeks regarding sharing their vaccination status we may not even be in this position where we have to send that letter yesterday but here we are now,” he said.

For weeks after the TTC announced it’s policy on Aug, 19, the union advised its 12,000 members to withhold their vaccination status due to concerns with the policy infringing upon human rights.

The union called out TTC CEO Rick Leary’s approach for being “confrontational” and claiming that he “failed repeatedly to share vital information.”

In response, last week the TTC filed an application with the Ontario Labour Relations Board seeking to have the union’s actions deemed an illegal strike action.

The next day the union reversed it’s stance and advised members to comply with the TTC’s vaccination policy and to disclose their vaccination status.

Green says the TTC has yet to decide what consequences workers, without a valid exemption, will face if they do not disclose their vaccination status or remain unvaccinated by the deadline.

“That's under discussion. We hope to have a clearer picture early next week, once we have all of our vaccination information in.”

Between now and Oct. 29 Green says the TTC will be educating employees about the benefits of vaccination and will host several workplace vaccination clinics in partnership with Toronto Public Health.

With files from CP24’s Josh Freeman