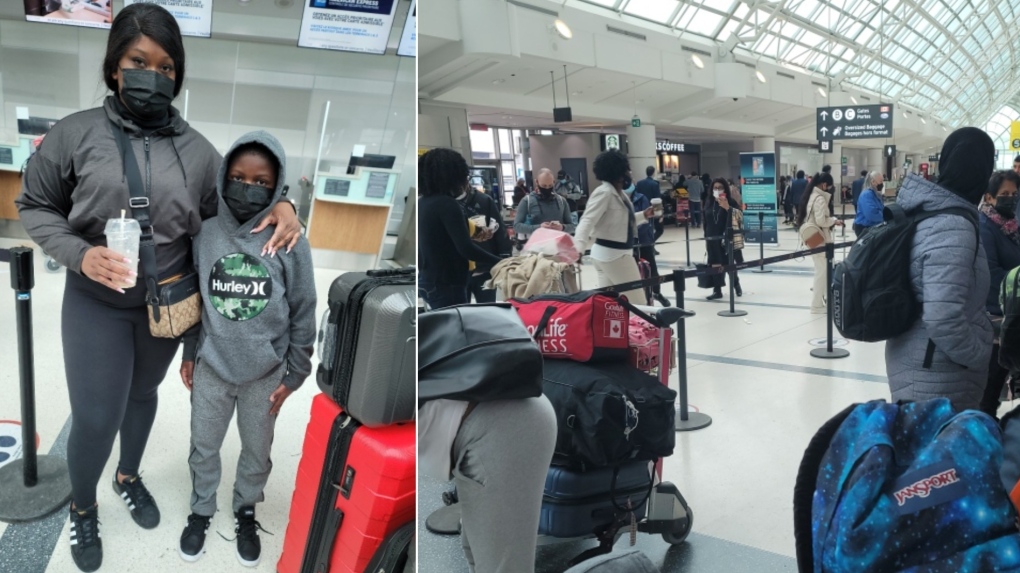 Shanique Kerr stands with her son at Pearson International Airport waiting to board a flight to Montego Bay on April 19, 2022 (Shanique Kerr).

Multiple travellers were denied boarding a Swoop flight departing from Toronto on Tuesday because airline staff said a negative COVID-19 test was still mandatory, despite the Jamaican government dropping the requirement last week.

Shanique Kerr told CTV News Toronto she booked a flight with Swoop, along with her seven-year-old son, to attend a funeral in Jamaica.

“We got an e-mail from the airline stating that a negative COVID test was not required,” Kerr told CTV News Toronto on Tuesday.

However, when she arrived at Toronto Pearson International Airport, three hours before the flight, Swoop employees told her a negative COVID-19 test was still mandatory.

Kerr said she showed Swoop staff members their own company website, which states, “Starting April 16, the island will no longer require travelers to show proof of a negative COVID-19 PCR or rapid antigen test taken within 72 hours of their trip.”

But she says they refused to budge.

Kerr said she was forced to venture to a different part of the airport, where Switch Health’s COVID-19 testing is located, pay $67.80 and wait 30-minutes for results.

By the time she reached the gate, Kerr had missed the flight. 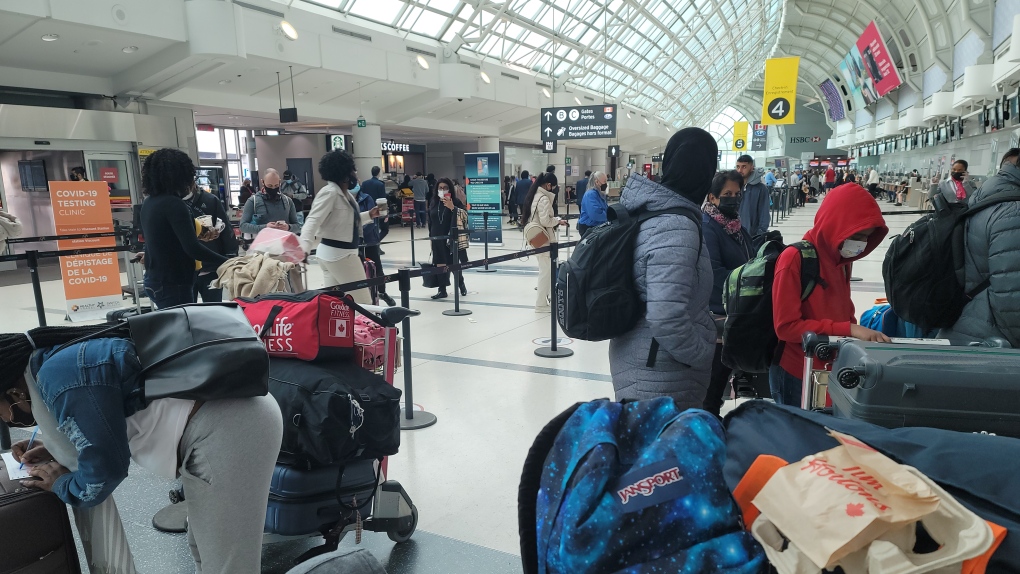 Travellers at Pearson International Airport wait to board a flight to Montego Bay on April 19, 2022 (Shanique Kerr).Swoop confirmed to CTV News Toronto there was a “miscommunication” at airport check-in Tuesday morning.

“The check-in process for this morning’s flight operated under the understanding that Jamaica still required travellers to present a pre-departure negative COVID-19 test to enter the country, despite the requirements having been updated recently,” Kelsey Trainor, Swoop’s marketing and communications lead, said.

“We are deeply sorry for the inconvenience and frustration this error has caused some travellers.”

Trainor said those impacted had the option of taking a WestJet flight on Wednesday, along with hotel accommodation, transport and meal allowance. While Kerr is planning to take the WestJet flight, she said she is still waiting to receive an email confirming that her seat is booked.

CTV News Toronto spoke to another passenger, who made the flight after rushing to get a COVID-19 test, but said the plane was nearly half empty.

“I was fortunate I had no luggage or young kids, but a lot of people aren’t as fortunate,” Andre Newell said.

“They couldn’t provide documentation of the policy. Despite showing them the [Jamaican] government website, they still would not take it,” he said.

A photo Newell took onboard the flight reveals rows of empty seats surrounding him. 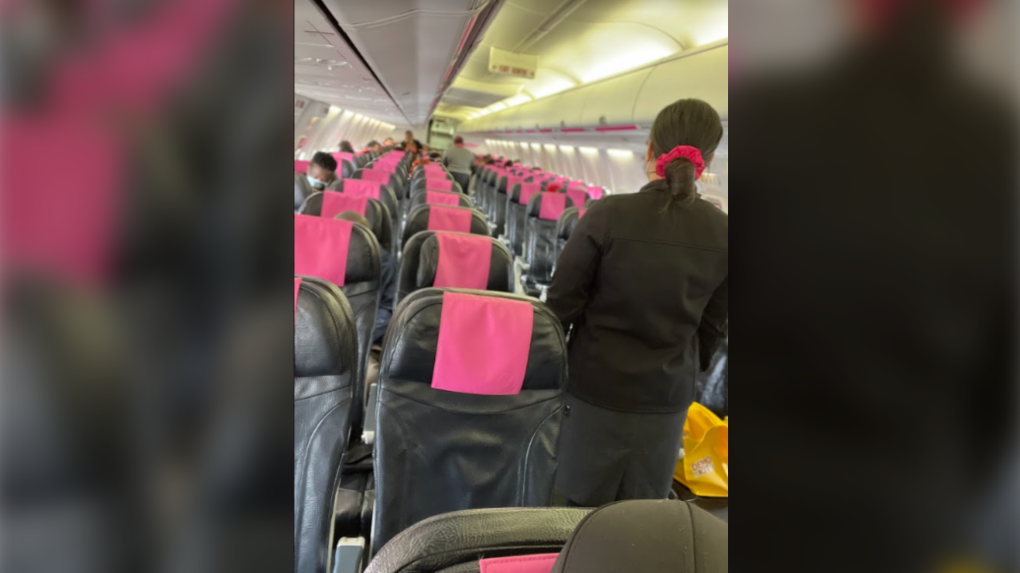 A Swoop flight from Toronto to Montego Bay is captured on April 19, 2022 (Andre Newell). “Capacity is at half. I assume most people didn’t make it on,” he said. “It's just really disappointing for so many people who haven't travelled in a long time who have probably been looking forward to this trip for months now. The impact of something so minor was probably devastating for some of these people.”