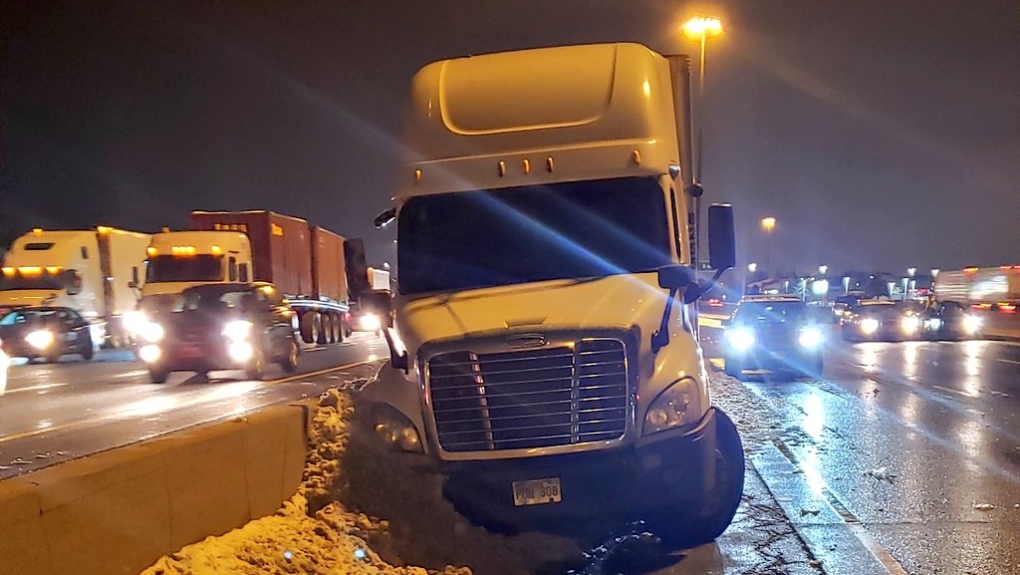 A transport truck driver is in critical condition after a collision on Highway 401 near Pickering on Thursday evening.

Emergency crews were called to the eastbound express lanes of the highway between Whites and Brock roads after receiving reports of a two-vehicle collision involving a transport truck and a van.

Ontario Provincial Police Sgt. Kerry Schmidt said that officers reportedly found a male victim without vital signs at the scene. He was rushed to the hospital.

“The two occupants of the other van do not seem to have serious injuries at all at this time, which is fortunate,” Schmidt said.

The eastbound lanes of Highway 401 between Whites and Brock roads were closed while police investigate the incident.