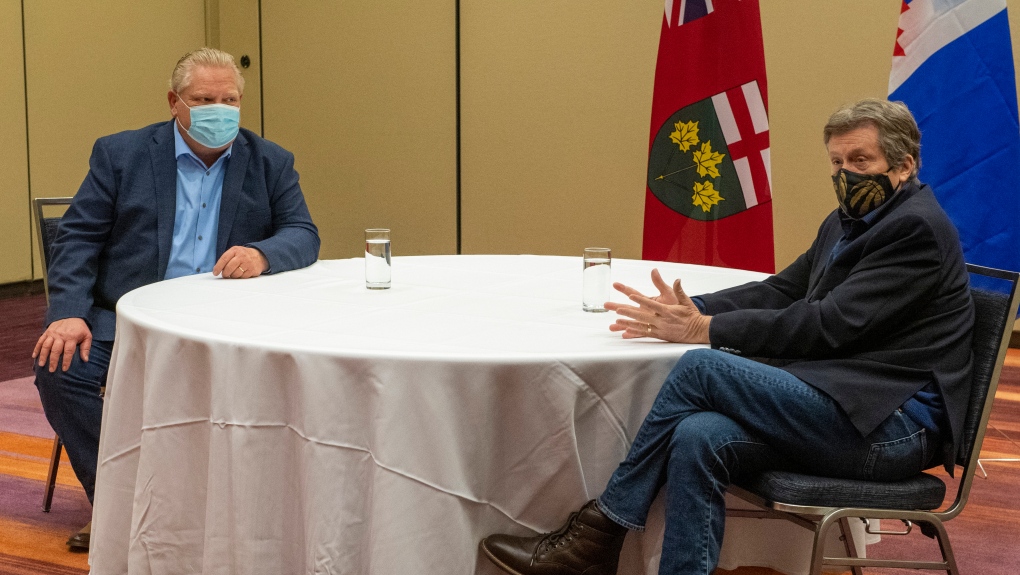 TORONTO -- Toronto Mayor John Tory says the city will be prepared to resume vaccinations against COVID-19 at Ontario’s first major inoculation site, pending supply, a day after the clinic was prematurely closed due to a shortage of doses across the country.

“We will be ready as a city,” Tory said at a news conference Wednesday morning.

Opened on Monday, the clinic at the Metro Toronto Convention Centre was slated to run for at least six weeks with a goal of administering 250 shots a day. However, due to a recent announcement regarding expansion plans at its European manufacturing plant, Pfizer, who produces one of the COVID-19 vaccines, said Canada would not be receiving any shipments of vaccine doses next week.

As a result, the clinic, which both municipal and provincial officials had hoped would work as a blueprint for how vaccines could be administered in non-medical settings as soon as this spring, was forced to close less than 48 hours after it opened.

“We didn’t learn all the lessons that we had to learn because of the premature closure of this proof-of-concept clinic due to a lack of supply, but we will continue to learn as soon as that supply is available,” Tory said.

On Tuesday, Ontario Premier Doug Ford slammed the pharmaceutical giant for the delays and appealed to U.S. President Joe Biden, who was sworn in on Wednesday, to share a million doses of the Pfizer shot from a production facility in Michigan.

“We're the third largest trading partner (to the United States),” he said. “The least you could do in Kalamazoo where the Pfizer plant is, great relationship-building, give us a million vaccines,” Ford said emphatically.

In the meantime, Canada will continue to experience a “temporary” delay in shipments resulting in an average weekly reduction of 50 per cent of incoming doses.

As of Wednesday morning, 237,918 doses have been administered across Ontario. In total, 32,361 residents have received both their initial shot and a booster shot and are considered to be fully vaccinated.