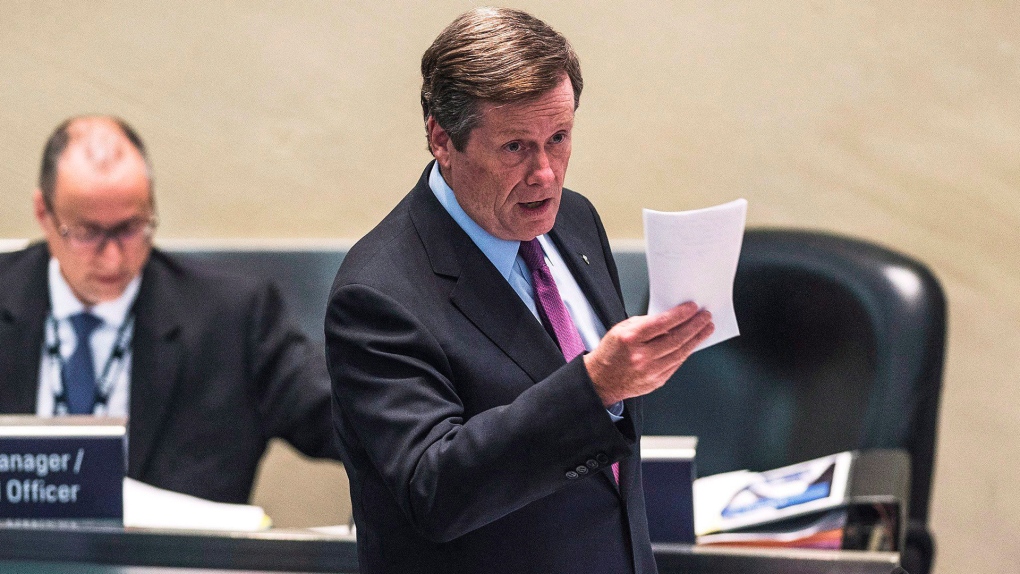 October’s mayoral election appears to be John Tory’s to lose with nearly seven out of 10 decided voters saying that they would cast their ballots in his favour, a new poll has found.

The poll of 595 voters by Campaign Research pitted Tory against a pair of rumoured mayoral candidates.

It should be noted that Campaign Research is run by Nick Kouvalis, who served as Tory's campaign manager during the 2014 municipal election. Tory has not said whether Kouvalis will have a role in his 2018 campaign.

The poll was the first one conducted following Doug Ford’s departure from the municipal race in order to seek the leadership of the Ontario Progressive Conservative party.

The poll found that 61 per cent of respondents approved of the job that Tory is doing as mayor while 22 per cent disapproved and 17 per cent said they weren’t sure.

Wong-Tam’s support, meanwhile, was stronger among likely Liberal (16 per cent) and NDP voters (14 per cent) but virtually non-existent among those planning to vote for a Tory candidate in the provincial election (one per cent).

Candidates cannot actually register to run for mayor until May 1. So far Tory is the only person to say definitively that he is running.

The poll was conducted between March 12 and 14 and is considered accurate to within four percentage points, 19 times out of 20.