Torstar lays off more than 50 employees, including 19 from Star newsroom 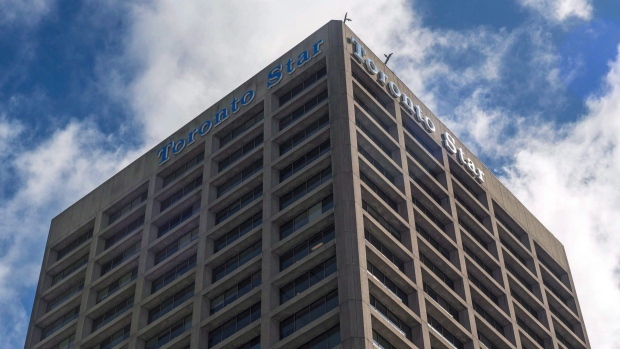 The Toronto Star building is shown in Toronto on June 8, 2016. (The Canadian Press/Eduardo Lima)

TORONTO - The company that owns the Toronto Star is laying off more than 50 people.

David Holland, Torstar's acting president and publisher, says in a staff memo that 22 employees, including 19 full-time workers in the Toronto Star newsroom, will be let go.

Holland says another 26 temporary staff, mostly from the newspaper's tablet app Star Touch, will depart the company over the next couple of months.

The layoffs come amid print advertising revenue declines that continue to bite away at Torstar's bottom line.