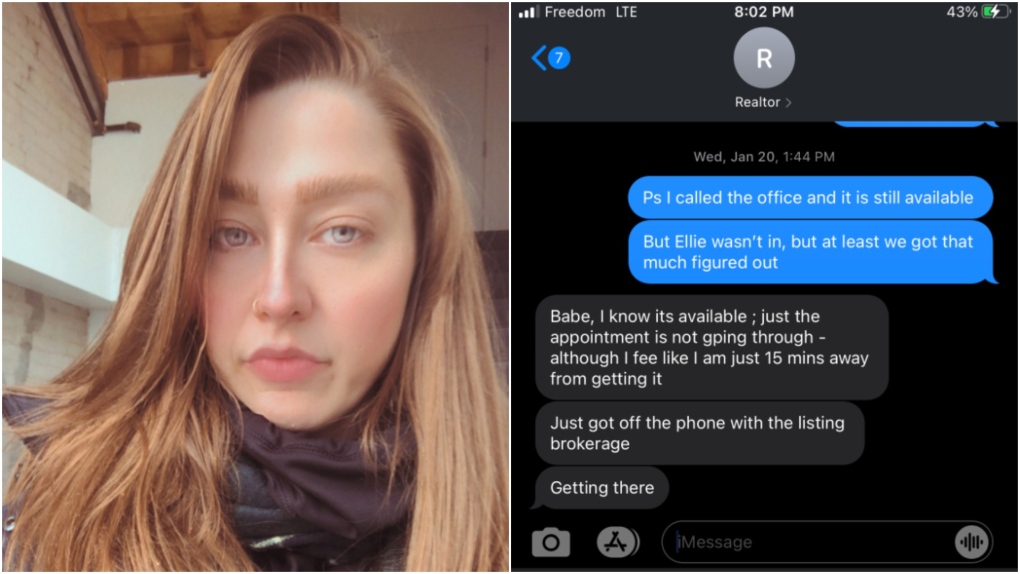 Alyssa Graham says she was sexually harassed by a real estate agent while looking for a rental apartment in downtown Toronto. (Supplied)

TORONTO -- A Toronto woman is sharing her story after she says she was sexually harassed by a real estate agent while looking for a rental apartment in the city.

Originally from Belleville, Ont., Alyssa Graham made the move to downtown Toronto in 2014 and has been living there ever since.

Graham said she started searching for a new place in mid-January, with plans to move in on Feb. 1.

“This certain property that I wanted was listed on Zolo.ca. So I just reached out to them and asked them if it was still available,” Graham told CTV News Toronto.

From there, Graham said she was paired up with a real estate agent who was “very confident” he could find her a place by her desired move-in date.

And while her first pick for a rental property fell through, Graham said she agreed to work with the agent on a go-forward basis. 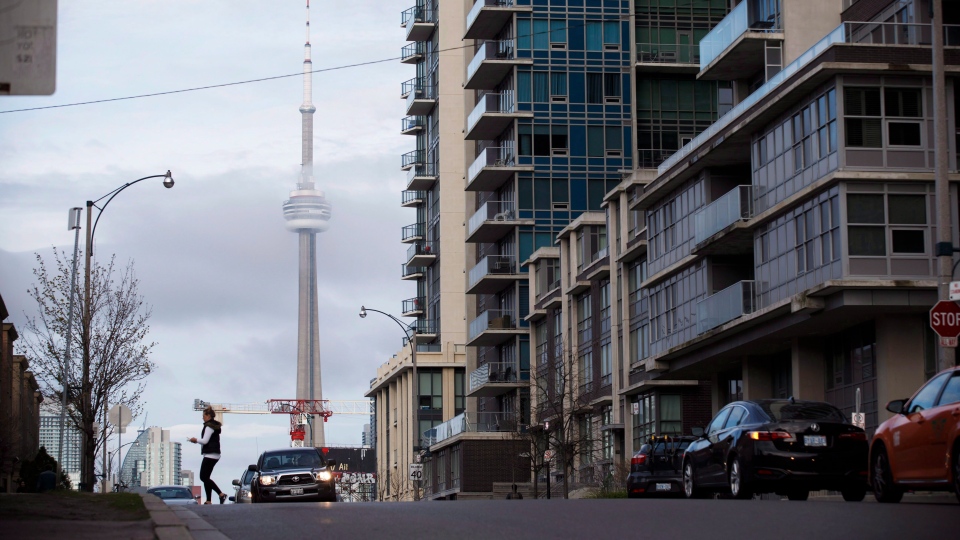 That’s when things started to get weird, she said.

Graham said she noticed that some of the texts and phone conversations with the agent were “rather flirty.”

“I answered the phone and I said ‘hello’ and he said ‘you sound so sexy when you answer the phone.’”

Nonetheless, Graham said she agreed to meet the agent for a showing at another unit as she was desperate for housing, chalking up his unorthodox approach to being part of his “spiel.”

“This was our first time meeting. He kept calling it a date, he kept asking when we were going to make out, he offered to pay $500 a month in rent for me.”

“When we were leaving the unit, he shut all the lights off and the door was locked. We’re in a pitch-black apartment, I can’t even see my hand in front of me. I’m trying to find a door to get out, but I can’t see anything.”

When the real estate agent eventually did turn the lights back on, Graham said she was eager to remove herself from the situation, but that he continued his advances.

Graham explained that following the showing, the agent was insistent on driving her home and that he would “not take no for an answer.”

She said she apprehensively accepted the offer and was dropped off at a nearby hotel, where she had been staying while in between apartments.

“He dropped me off and was like ‘so can I get a kiss?’” she said. Graham quickly refused and then made her way into the hotel.

The agent then called her asking if he should come up to her room and offered to “get a place for the night” if she was interested, Graham alleges.

After a number of unanswered texts and phone calls from the agent later -- where Graham says he claimed that he couldn’t help being attracted to his client -- Graham said she decided to report the incident to his employer, Zolo. 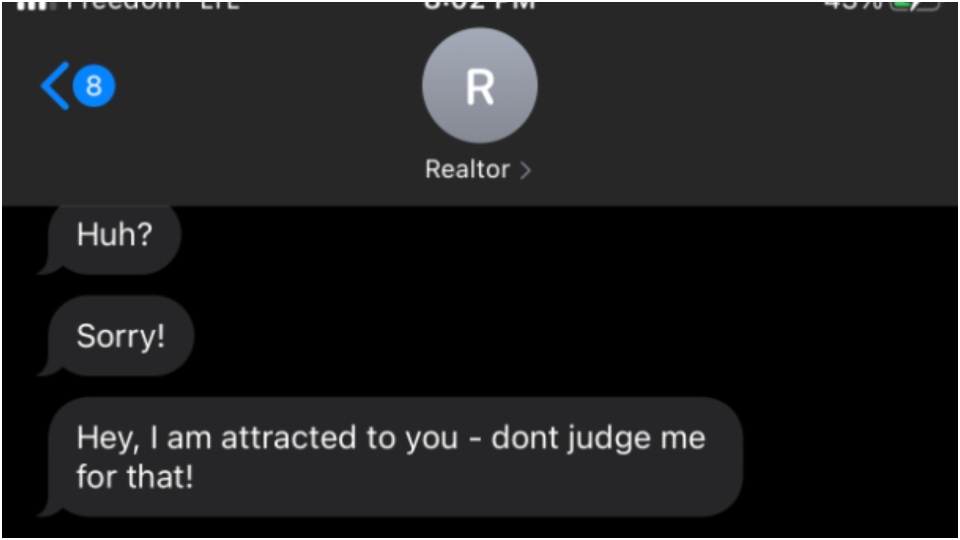 “I told them everything that happened, that I don’t think he submitted any offers for me, that he wasted a month of time, cost me money, scared me, made me incredibly uncomfortable, etc.” Graham said.

Graham admits that she was originally nervous to submit the complaint as it would likely result in his termination and that the agent was aware of where she was living.

She said she was assured by the company that she “should be fine” because Zolo has “screenings for things like that.”

“We would have caught that,” she said she was told.

In a statement issued to CTV News Toronto on Thursday , Zolo president Mustafa Abbasi said the company acted quickly to address the issue.

“In January 2021, Zolo received a complaint from a customer regarding their interaction with an agent. We acted swiftly and in accordance with our zero-tolerance policy, terminating the agent effective immediately, within 24 hours of receiving the complaint,” the statement reads.

But Graham said that weeks later, the agent reached back out to her asking for her to retract her complaint so that he could be reinstated. 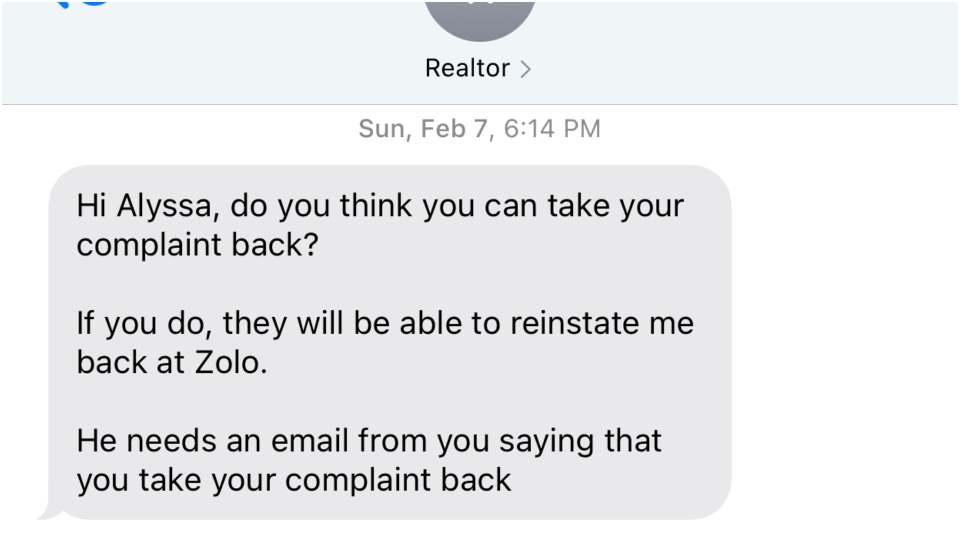 She refused, but agreed to speak with his boss in exchange for compensation for the money paid to cover her hotel expenses.

“I’ve contacted him about the payments countless times, which I don’t like doing as this man made me feel very uncomfortable in the past, he’s now claiming he’s not paying me and has blocked my emails and texts,” she said.

However, in a follow up statement to CTV News Toronto, Abbasi claimed that the agent was not reinstated following his termination adding that he is “no longer affiliated with Zolo in any way.”

With relief, Graham said she was finally able to find an apartment with a female real estate agent and is set to move out of the hotel on March 1. But she says that the “nightmare” experience has left its mark.

“With COVID-19, it’s been hard for everyone, but I’ve had some pretty rough days and he [the real estate agent] knows about those too and he was still giving me the runaround and I guess, just saw me as a piece of ass.”

“I thought I was talking to someone who was genuinely trying to help me, and it turned out not to be the case whatsoever.”