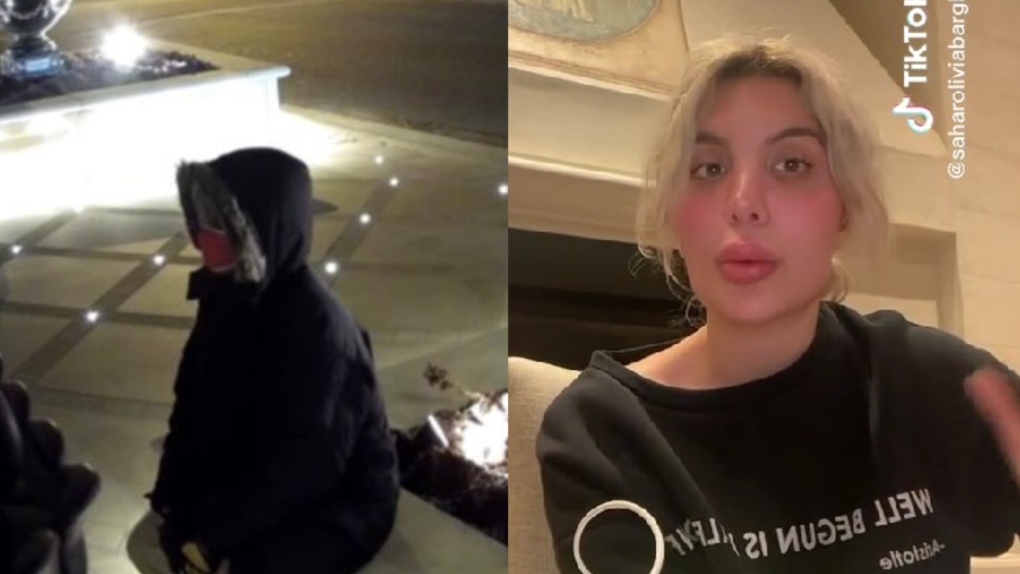 A Toronto woman says she is “livid” after an officer with the Toronto Police Service (TPS) allegedly told her to “call the mayor” while an intruder attempted to break into her home Monday night.

Sahar Barghian detailed the incident in a video uploaded to TikTok on Dec. 6. In the video, she says a stranger attempted to break into her home on the evening prior.

@saharoliviabarghi HAS ANYONE ELSE DEALT WITH THE SAME THING WHEN DEALING WITH TORONTO POLICE? PSA: EVERYONE IN TORONTO PLEASE WATCH YOUR SURROUNDINGS BEFORE ENTERING YOUR HOME. LAST NIGHT AROUND 8pm -9:30 pm we had an intruder ( he also had more people assisting and aiding him) attempt to break into our home while we were present. He was outside our home for an hour and a half waiting for someone to open the gates so he and his team can carjack and invade our home. How we realized this? My father without knowing tried to leave his home while this male attempted to make his way inside our house. The intruder used an obvious tactic which was telling my father he knows someone who lives here while the intruder was giving signs for his team to come and attack. My father immediately feels unsettled and tells him he will call the cops. They decided to leave but they come back. EVERYONE PLEASE KEEP YOUR DOORS LOCKED AND DO NOT FALL FOR THESE TATICS. TORONTO is not safe anymore. You cant have even feel safe in your own home. Its sad how corrupted the government is. We are the only ones that can protect ourselves. #toronto #torontolife #torontocrimestories #safety #torontosafety #staysafe #intruder #dangerous #carjackings #torontopolice #torontopoliceservice #torontotiktok #canada #mayortory #6ixbuzz #6ix #fyp #canada #canadian #canadianstorytime #torontosafety #repost #pleasebesafe ♬ original sound - Sahar Olivia Barghian

“Last night, we had an incident where someone tried to break into our home,” Barghian said. She said someone could be seen through a home security system waiting outside her home for an hour and a half "for someone to open the gates." 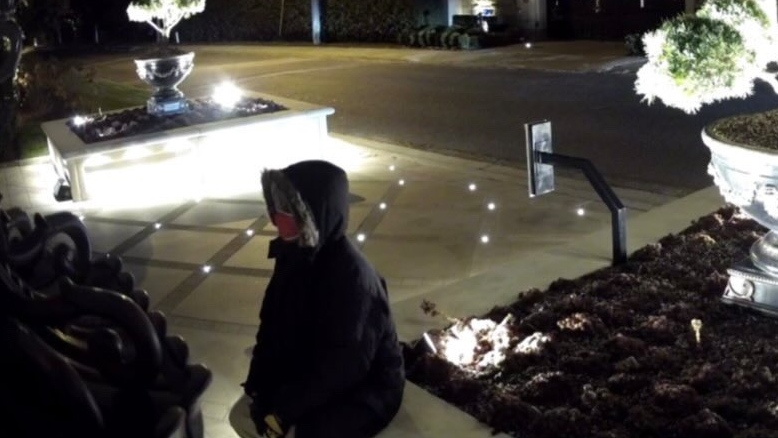 A screengrab of the Barghian's home security system on Dec. 5 (Handout by Barghian)

"The intruder used an obvious tactic -- he told my father he knew someone who lived here while giving signs for his team to come and attack," Barghian explained. "My father immediately felt unsettled and told [the intruder] he would call the cops."

She said, after initially calling the police, officers informed her they were on their way. But, after 40 mins of waiting, she said the police hadn’t arrived.

“I decided to call them again,” she said.

During the second call, Barghian said an officer allegedly cited staffing shortages as the reason for the delay.

“This officer, he told me to call the mayor, because [they were] low on staff,” she said in the video. “That it was the mayor’s fault they [couldn’t] accommodate us.”

She also said she was informed during a third phone call, placed hours after the initial incident, that because no one in her home had been injured, the report had not been listed as “a priority.”

Twenty-four hours after the incident, Barghian said police had still not attended her home. In response, she says she visited a police station in person on Tuesday, where she says she was again told that staffing shortages were the reason police did not attend her home.

“I’m livid, because it’s 24 hours after the incident, and did the cops even try to make an attempt to come? No,” she said.

She says it wasn't until mid-Tuesday that police called her to obtain a suspect description.

On Wednesday, Toronto Traffic Services responded to Barghian’s video with a TikTok of its own.

In the video, Const. Sean Shapiro said the Toronto Police Service (TPS) had seen Barghian’s video and is “very concerned,” urging her to reach out and provide further details to the force.

“Since I have you here, I just want to let you know that we encourage anyone who is dissatisfied with the conduct of the Toronto Police Service to reach out to a supervisor to discuss those concerns,” Shapiro said in the video.

@trafficservices We saw a video available here@Sahar Olivia Barghian regarding their experience with the @torontopolice service. We are concerned by the information in the video and invite them to contact us so we can get more information. We encourage anyone who is dissatisfied with the conduct of a member of the #Toronto #Police ♬ original sound - Toronto Police Traffic Unit

When reached for comment, Stephanie Sayer, spokesperson for TPS, told CTV News Toronto police had seen the video and reiterated their concern.

“We’re very concerned and have reached out to discuss this with her,” Sayer said. “We don’t have anything further to add at this time.”

When reached for comment, Blue Knox, a spokesperson for the mayor's office told CTV News Toronto that "when people call the police – whether it is 911 or a non-emergency number – the only thing they should receive is help." At the same time, Knox acknowledged that sometimes "[police] can fall short and we know [they] take that very seriously."

"Mayor Tory has repeatedly supported reasonable increases to the Toronto Police Services budget to help keep residents safe," Knox said. "Over the years, when many, including some City Councillors, have called for the police budget to be slashed or defunded, Mayor Tory has worked to make sure the police are funded and will continue to do so, so that they can provide the kind of timely professional response they do the vast majority of the time."

Meanwhile, Barghian says she and her family haven't been able to sleep since the incident.

"It's just nerve-racking to think that someone's outside your home, just looking ⁠— you don't know what's next," she said.

In July, a Winnipeg woman who called 911 amid a home invasion was told to confront her attacker - a directive she says was "inappropriate and dangerous."