TORONTO -- For 15 days, Aimee Jankowski has awaited word about her husband after he went missing.

"He just disappeared," she told CTV News Toronto on Wednesday.

Aimee has been with her husband, Karol Jankowski, for 19 years and the couple married 12 years ago. She says not only is Karol her best friend, but he’s also her primary caregiver.

"I have cerebral palsy and he has always done anything for me," she said.

On April 6, Karol went to work for his usual 7 a.m. shift. His wife says he normally returns home around 3:30 p.m.

"He texted me at 3:30 on Tuesday and he said he would see me shortly. Like he was just around the corner, and never came home." 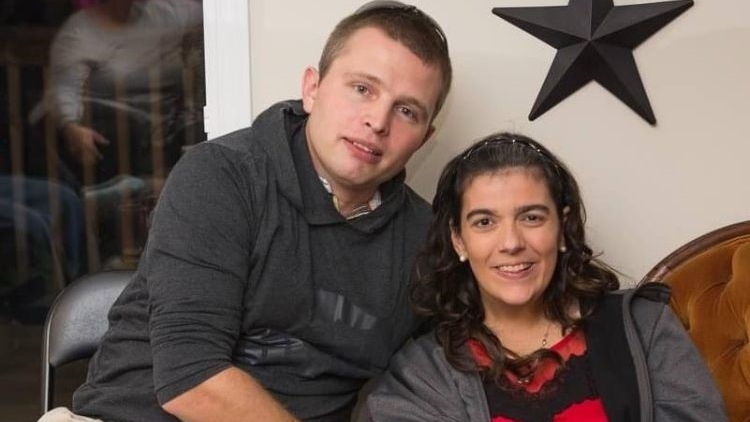 Aimee said in the lead-up to his disappearance, no one in their immediate circle noticed any unusual behaviour on Karol's part.

She says for her husband to just vanish is completely uncharacteristic.

"He's very dependable," she said. "Any time he says he'll be somewhere, he's there. He would never not show up for me."

Banking records show Karol was at the Stockyards Home Depot at Keele and St. Clair — just five minutes from home — at 3:15 p.m. on the day he went missing. But the 39-year-old has not been seen since.

Karol is described as being six feet tall, 190 pounds, and clean shaven with short blonde hair.

He was last seen wearing a blue shirt and blue jeans and was driving a blue 2007 Dodge Caravan. The vehicle’s license plate is CCNH 573 and has a stick figure family decal on the back window.

Family and friends, along with Toronto Police, have been looking for Karol since, but with no success.

Investigators say they are "concerned for his safety" but they have had no leads.

Anyone with any information or who may have seen Karol or his vehicle over the past two weeks is asked to contact police, or Crime Stoppers, if they want to remain anonymous.