A Toronto woman has filed a class-action lawsuit against Cadets Canada, alleging poor policies and a tolerant culture contributed to her sexual abuse.

Hilary Lockhart was just 14 years old when she joined the Army Cadets in Dryden, Ont. She says in the lawsuit that she was groomed by a male instructor and lured online, and that her attempts to report the abuse to a female instructor were allegedly ignored.

Lockhart said she would have gone to a hotel room with the male instructor, but her mother found and read the online conversations and put a stop to it right away.

“I didn’t know what to do,” Lockhart, now 28, told CTV News Toronto in an interview. “My mom ended up finding out and reporting it to the police herself."

The lawsuit, filed in a Newmarket, Ont. court, cites 245 cases of sexual assault and sexual harassment in the organization from 2006 to 2015. It says 27 per cent of all sexual misconduct cases across the Canadian Forces [44 out of 162 cases] in 2015 involved cadets.

Lockhart’s lawyer, Darryl Singer, said he has been in touch with about a dozen other victims who could join the class, and believes there are many more.

While previous class actions have focused on a single incident or time period, Singer said this is the first to look at the organization as a whole over an extended period of time.

“This is widespread,” he said. “This is a national class-action, looking at anyone that was assaulted from 2000 to today — over the past 20 years.”

There are about 55,000 young people in Cadets Canada organization, which is sponsored by the Canadian Armed Forces and funded through the Department of National Defense.

That department said in a statement they have not been served with the lawsuit, and no defense has been filed. 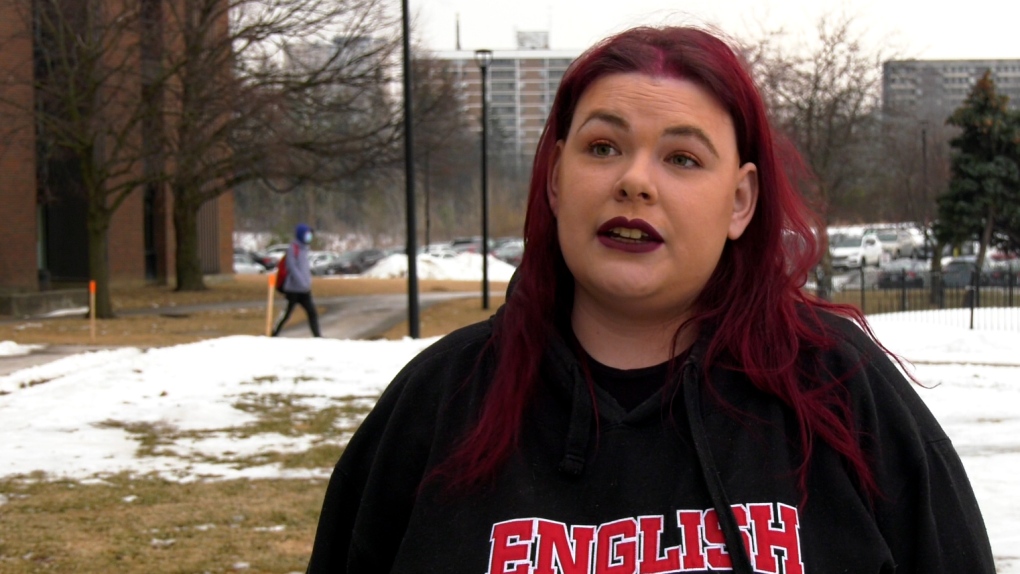 Hilary Lockhart, a Toronto woman, has filed a class-action lawsuit against Cadets Canada over its alleged handling of sexual harassment and assault.

“The Canadian Cadet Organization is committed to providing our cadets with a safe and secure environment,” the statement said. “All adults working with cadets are appropriately screened and cadets are educated about harassment and abuse issues through the Positive Social Relations for Youth Program.”

The lawsuit states Lockhart was approached by an instructor in 2008, and “lured and brainwashed into a ‘relationship’” with a cadet instructor, who convinced her to take her clothes off in a video call.

He had invited her to a hotel room, she said, and she would have gone had her mother not discovered the explicit messages.

“I thought he cared about me. That turned out not to be the case at all. He was just using me,” she said.

The lawsuit says she reported the incident to a female supervisor, but nothing was allegedly done. Her mother, Melissa Lockhart, went to the Dryden Police, and the man was charged and convicted, the lawsuit says.

“I expected that when I put my daughter in Cadets she would be safe and that they would keep her safe. I had no I idea what would happen in their program,” said Melissa Lockhart.

Hilary Lockhart says she has been in and out of hospital due to depression, attempted suicide, post-traumatic stress disorder, and anxiety disorders.

The lawsuit says the organization is allegedly “poisoned by a discriminatory and sexualized culture that condones and encourages sexual assault and sexual harassment towards young female cadets."

“The discriminatory and sexualized culture in Cadets Canada is caused by the leadership’s failure to implement appropriate policies to properly train its members and to identify, report, investigate and properly resolve incidents of sexual assault and sexual harassment,” the lawsuit says.

The lawsuit was filed on Tuesday. There has been no finding on the lawsuit's merits and nothing has been proven in court.

Lockhart says speaking out about her trauma has been positive and hopes she encourages other people to speak up as well.

“It’s empowering,” she said. “I want some accountability. I hope this triggers the government to say, ‘You know what? We have young people suffering and we need to do something.’”