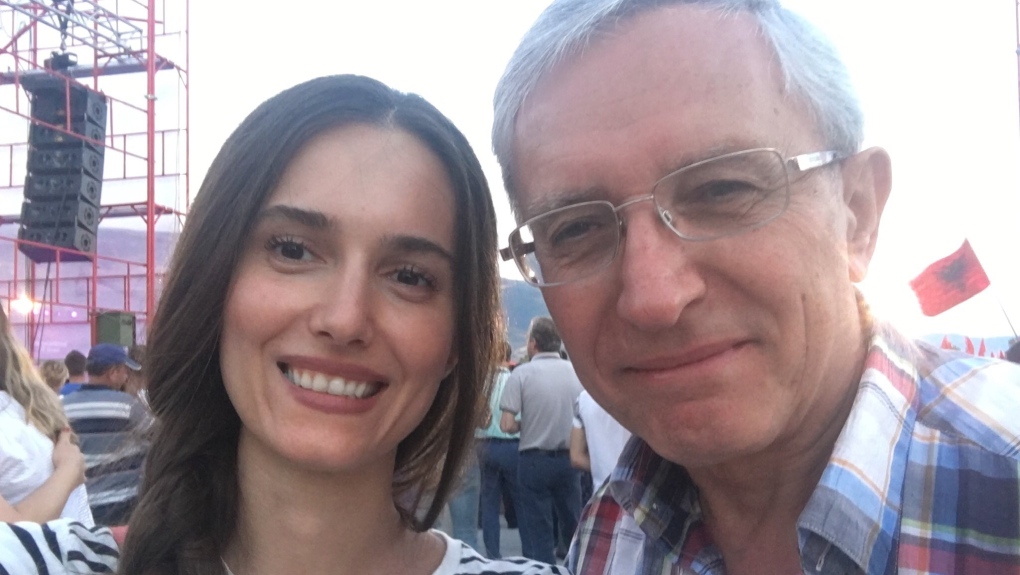 Bora Skenderi photographed with her father from Albania who she was disconnected with for hours on Monday, October 4, 2021 during WhatsApp's global outage. (Supplied).

TORONTO -- After Bora Skenderi was disconnected with her family in Albania for seven hours on Monday during WhatsApp's mass outage, she started seeking other platforms to connect.

"I'm definitely considering using another app," Skenderi said. But, she acknowledged, switching won't be easy. "It's going to be tough transitioning because so many of my friends and contacts use WhatsApp."

Throughout most of the day on Monday, Facebook, Instagram and WhatsApp experienced worldwide outages while making changes on their backbone routers, ultimately halting services.

For Skenderi, and many other Torontonians who have family overseas, WhatsApp is essential. It’s not simply a messaging platform, it’s their lifeline.

"When you live far, these constant messages or video calls are really the only way," she said.

One of the primary reasons WhatsApp has become popular for connecting internationally is it’s created a space where families like Skenderi’s can connect on a daily basis, multiple times a day, without paying long distance fees.

"A lot of people only know WhatsApp, only use WhatsApp because they don't want to have charges on their phone numbers," she said.

A long distance call from Canada to Albania would be expensive, limiting the duration and frequency of their conversations, but a WhatsApp call through WiFi is free.

"We need more options,” Skenderi said. “A lot of people have families across the world that rely on this app.”

“They have the monopoly and I don't think that's correct,” she said.